Vivo: A Cute Adventure Story For Love And Laughter 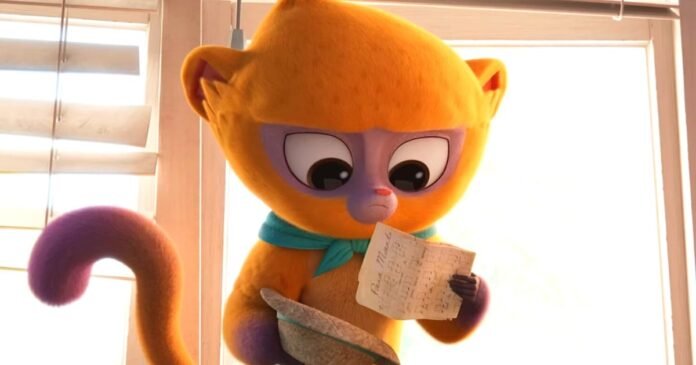 Netflix’s upbeat new illustrated musical journeys from Cuba to Miami, complete with a little excitement and a few accidents along the journey. Vivo is designed to appeal to a wide range of people, combining a cultivated tale about a Latin-music duo whose paths separate. This is within all the comedic misadventures that kids want from the genre.

A little girl and a unique kinkajou set out to communicate a message from a buddy to his estranged musical colleague across Florida. Miranda voices a rare kinkajou, a South American animal often known as the honey bear. He spends most of his time in Cuba entertaining people alongside his pal Andrés (Juan de Marcos González).

A day, Andrés receives a letter from his duet partner Marta Sandoval (Gloria Estefan), inquiring if he can sing with her one final night in Miami. Andrés finds the love song he composed for her years ago and determines to deliver it to her. Unfortunately, Andrés cannot make this travel due to a problem, and Vivo determines that he will quit the safety of his own environment to deliver this composition to Marta.

Vivo sets out to find Andrés’ long-lost song and deliver it to Marta in time for the superstar’s final concert in Miami. This requires a layover in Key West and collaborating with Andrés’ granddaughter Gabi (Ynairaly Simo).

You might also love:11 Best Romantic Movies To Remind You Of Your Better Half

The music of life

It seems logical that music is the key strength in a musical celebrating music, and you just never question that enthusiasm. Vivo is, for me, is about music’s binding energy and its ability to cross borders, status, and apparently impenetrable boundaries.

Vivo kicks off a film showing how important a page of sounds symbols and related vocals can be. This is expressed as he wonders aloud in an early scene, “What difference can one song make?” One song can signify sadness, desire, love, and the permanent trace of some tightest memories if you’re as observant as I am. The Latino-influenced songs, dancing routines, and hip-hop tunes constantly fill the tale with wonderful vitality. This will move you just enough if you are a music fan.

The visuals are eye-catching

Vivo is set in the modern Caribbean, featuring neon waters and pastel clothing. It has Cuban sounds reverberating to Miami over the Florida borders. It works as a fast-paced journey, jumping from one colourful location to the next. Miranda mixes his banter style of Broadway with a representation of local tunes in the first performance. which interestingly occurs on the sidewalks of Havana. In just 96 minutes, the movie manages to take us across four vacation destinations.

Lin-Manuel Miranda is having a tremendous year. With everyone’s Disney+ account still binging Hamilton in constant rotation. Lin-Manuel Miranda has four film musicals releasing this year. Disney’s Encanto, the In The Heights remake, and his directorial premiere Tick, Tick…Boom! However, only one of them seems to have a kinkajou. Lin-Manuel Miranda’s musical talent is incomparable. He seems to have the rare ability to combine a quick and witty speech change with a catchy melodic hook. In addition, his voice has a yearning and optimistic tone. This works whether he’s portraying one of the founding fathers or an endearing animation creature.

You might also love: Aftermath, An Enjoyable Spooky Night Film By Netflix

The lovable Gabi steals the show

Gabi is a standout character, played by dazzling newcomer Simo. She is self-assuredly ambitious in her quirkiness and has a drum fascination. Unfortunately, Gabi is in complete chaos, reacting instinctively and drifting in an undirected tornado of pink and purple hair.

On the other hand, Vivo’s has a sense of regularity and control in his life. Her drums disguise a sense of sadness. “My Own Drum,” her shout-pop song, is a kid’s dance that any adult can actually appreciate. She proudly exclaims, “I’m a wow in a world full of ho-hum,” as she announces herself as being “extra extra.” Every youngster and adult should listen to this beautiful and catchy tune. You’ll almost certainly find yourself singing along in no time.

Being yourself and accepting your identity has great power. The song is one of the finest in the film. Additionally, it’s clearly understandable why the mixed version with Missy Elliott plays over end credits. Her hallmark musical piece is loud, clumsy, and a tad irritating. But, interestingly, they do sound better while she performs her song with Vivo. Nobody can ever claim that the analogies aren’t clear. Miranda’s one-liners generally land, and Gabi maintains the irritable side. She’s more like a kind little sister than an annoying kid in the school who likes to pull people’s hair.

A squad of girl scouts si led by Katie Lowes’ charmingly psychopathic group commander Becky. They portray the personality of militant environmental activists, bringing comedic richness to the storyline. They’re little Greta Thunberg’s, with a dark belief in themselves and their middle-class status interwoven into their environmental agenda. Meanwhile, the adventure’s objective sets them opposite an episodic array of creatures in the spirit of the Jungle Book. This features lovelorn spoonbills and a wicked python, voiced by Michael Rooker’s menacing grin.

I’m a little disappointed that Vivo debuted on Netflix after a limited theatrical release. Animated films like these need to be seen to their fullest since they include stunning, eye-popping images. These show truly on a larger screen.

Unfortunately, Vivo isn’t getting the critical acclaim it deserves for its theatrical debut. Roger Deakins, a two-time Academy Award winner for cinematography, acts as a visual advisor. Additionally, he has been the same in earlier animated films such as Wall-E and the How to Train Your Dragon series.

Editor’s Pick: #11 Best Romantic Movies To Remind You Of Your Better Half

Vivo: See it or skip it?

It’s an enjoyable concept for a wonderful adventure. It also has an important lesson for kids who might be surprised to learn that the present moment isn’t forever. Of course, all of that craziness is entertaining, but the movie’s true joys come from Miranda’s fantastic songs.

These include Latin beats, hip-hop, pop, and love ballads. The only concern is that as the film unfolds, Vivo becomes increasingly formulaic and utterly forgettable. The further our furry protagonist comes to finding a silver lining, the more I wish they had never gone hunting for one in the first place.