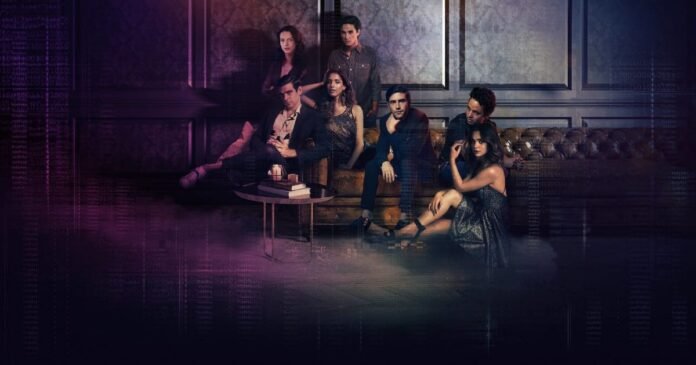 Following the multiple Fear Street films, which acquired last month and many other series and feature films that will be released in the coming months. Netflix has released the second chapter of the Mexican drama; Control Z. It is almost explicitly influenced by popular shows like Gossip Girl, Veronica Mars, and the Elite. Does the series live up to the standards of part 1? Let’s find out!

What was season one about?

Control Z Season 2 follows the story but concentrates more on storylines and twists. This makes it difficult to figure out until the exact ending. The second season, which is out now, is similar, except it’s a little less appealing binge-watch prospect because it foregoes a lot of the show’s always-on vagueness in favor of a rather dull vengeance plot.

Season 2 of Control Z starts where the first season left off. The attacker is relentless, and it all continues to become more complicated, like a never-ending minefield with numerous plot twists. No matter how good you believe, you are at concluding, the maze continues to expand. — Warning: this contains a spoiler! Raul had been identified as the hacker, and Javi had been shot inadvertently. After tying up many of the key themes from the first season, Control Z season 2 takes a new turn, with an unidentified adversary terrifying those accountable for what transpired with Luis.

Who are the targets this time?

This time, the unknown Avenger’s targets are all people we’ve met before, who are either slaughtered or rescued at the last second by returning. In addition, the scenario includes heroine Sofia, who is alternately a master of Holmesian analytical thinking and a total fool.

In reality, the Avenger appears to just want to punish everyone he believes is to blame for Luis’ murder and the bullying he endured at school.

As if they didn’t have plenty on their plates already: Raùl is being pursued by all of his friends; Gerry is fleeing the police; Natalia must figure out how to pay up the drug lord whose narcotics she misplaced, and Sofia must try to figure a means to defend her father after her mother discovers that he is nevertheless alive.

Every instant and incident that brings the hacker and his frightening truth closer to the audience is engaging. Nonetheless, the series treads a narrow line between over-extension and over-exploitation of its fundamental concept.

The central theme of bullying

Yes, the drama is amusing, but once the novelty wears off, it clearly lacks depth and is shallow in major concepts.

The issue of bullying is constantly present. And the cast must face the cost of what occurred to Luis in this sequel.  These additional episodes don’t appear to add much to what has already been spoken.

The narrative continues twist after twist, but nothing happens that differs significantly from what we see in the first half episodes. This seems leaving us with the impression that we are spinning in vain.

The series is overall enjoyable.

The plot is one thing; it is most plausible and wavers between good and badly written storylines. There is some high-school drama, and several of the relationships are developed considerably more due to the increased consequences. Apart from the plot, what keeps Control Z Season 2 such a gripping edge-of-your-seat teen thriller is the characters. It is how well they all fit together. The protagonists can carry the narrative in any direction, and nothing is predictable.

Sofia, played by Ana Valeria Becerril, is once again the ideal protagonist for the series. She moves the story ahead as a strong and intelligent female protagonist who never loses. Unfortunately, the incredibly obnoxious Gerry receives an unwise lot of attention. Still, several of the other secondary characters, including possibly my favorite, Natalia, whose ongoing financial issues force her to progressively hazardous decisions, are well, though.

Control Z: See it or skip it?

Three important aspects contribute to the success of this series: strong character development, performance, and intrigue. Even though protagonists don’t exactly break new ground in terms of appearance and tone, they all seem and sound like people you’ve met or can relate to. And who knows, maybe you’ll see someone with a character that’s similar to yours, or maybe you’ll see a small part of yourself in each of the individuals.

I admire how well the series flows from season one to season two. It will not get monotonous or overbearing, and it appeals to those who enjoy thrillers and tension. There’s a lot to talk about in Control Z Season 2. With the major focus being on how the show handles its character weaknesses and displays their effects on people and everything else. It’s a complete package. Stream it on Netflix.

Will there be a Season 3 of Control Z?

Netflix may revive the drama for a third season because the second instalment finishes on a cliff-hanger. However, there is no definite release date for Control Z season 3 at this time. Netflix, the company that produces and distributes the drama, has not said whether there would be additional Control Z instalments. Hence, it is very early to expect a season 3 soon after season 2, but the audience can home.