Netflix’s My name: Story of revenge from the path tears to pool of blood 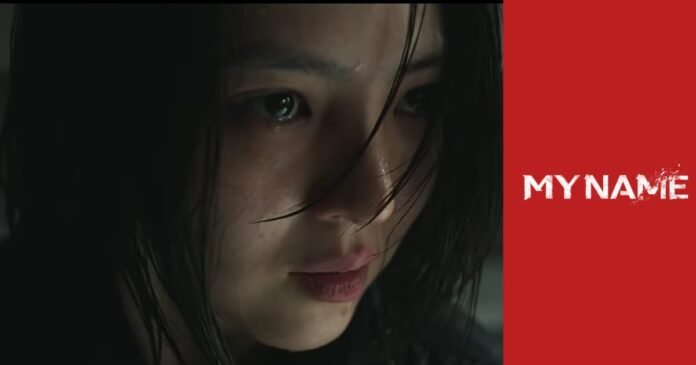 Life throws many battles at you, and sometimes you are alone to fight. Have you ever experienced that feeling?

School days are supposed to be the most carefree days of our lives. However, for some people, it is no less than hell. Yoon Jiwoo, a school student, faces many unpleasant situations everywhere, especially in her school. The slovenly past of her father followed her around. She is petrified with the frequent disappearance of her dad; however, on her birthday, she receives a surprise from him.

This new story of Netflix starts with a grave birthday surprise and continues the series of many surprises. So, let’s get ready for this experience.

Following the stains of blood

The story of Jiwoo is full of harsh truths. She had to witness the horrific sight of her father’s death on her birthday. Her restlessness and sorrow turned into a purpose, a purpose of killing her father’s murderer. The throne-filled path of Jiwoo makes her bleed, but she never let it become a hindrance; her aim was clear and compelling. She sought help from her father’s good friend, but his furious reaction disappointed her, but it could not be the medicine for her leaden heart. Jiwoo ends up in a problematic situation while executing her plan but is saved by an unexpected friend.

Choi Mu-jin, the good friend of Jiwoo’s father, who initially refuses to help her, became the one who supports her to start the journey of revenge. Jiwoo training was around many self-obsessed men, but her only priority was to be the most potent version of herself. Will she be able to punch all her obstacles and attain peace through revenge? The attractive set of episodes will take us through many unusual turns of Jiwoo’s life.

Similar read: Have You Watched These Top 10 Anime Movies of All Time?

Shed identity for the hunt

Jiwoo burns her identity in search of her dad’s killer. Her will becomes her strength, fuel to her rage and aim. Gradually she opens the door of many clues to enter into the space of truth. Her new role as a cop shows her a ray of hope, and she follows every bit of it without any hesitation. She faces many challenges while inspecting many layers of investigation. One of her concerns is about Choi Mu-jin, as he is on the most wanted list, and the police force is trying very hard to get a hold of him. Choi Mu-jin’s trust in her should not fade away, and the faith of the police force also, will she be able to find a balance between the two?

Life is full of surprises

Many hard truths come to knock on the door of Jiwoo; most of it is heartbreaking. All this time, Jiwoo thought her father was a gangster, her myth had been destroyed, and her direction towards her destination. As the story progresses, Jiwoo got one more important person in her life, her partner. But fate was not happy with the decision; she lost him also. How will she manage to cross the twisted roads of her life now? The person she thought was a well-wisher turned out to be a monster.

A character like Jiwoo is not easy to show, but the execution of the role was accurate and convincing. The expression of emotions was so heart-touching that the audience instantly connected with the character and empathy towards our situation. One of the most dramatic scenes was when Jiwoo realized who killed her father; the mixture of aggression and pain was smoothly delivered.

Netflix’s My name series is one of the most beautifully made stories of revenge. This drama has everything to hold the viewers; the audience will never feel out of place, even for a second. The direction, writing, cinematography, and performances everything made the story very engaging. My name is not just a thriller; it also is an emotional ride. The pain of Jiwoo was so evident and naturally presented that it pinches us to click on the next episode. Her training session was nerve-wrenching to watch as it showed the brutal reality of the world. Jiwoo was sexually abused and physically harmed during a training period, as she was the only girl there; however, nothing damaged her will to focus on her aim to kill the murderer of her father.

Netflix’s My name: An mixture of emotions and thriller – Watch it!

You will not regret clicking that play button, the series will smoothly drag you into their world, and you won’t miss anyone from yours.