Virgin River: Season 3 is complicated, but what happens at the end of season2?

If you thought that Mel’s life was complicated in virgin river season one, well, you haven’t seen anything.

Mel left Virgin River, and she didn’t really tell Jack about it. So now she comes back, and let’s just say that Mel has a lot in store for her. Created by Sue Tenney, Virgin River Season 2 deals with engagement, babies, heartbreak, and murder. For a small town, Virgin River sure has its fair share of drama and suspense, and Mel Monroe is in the middle of it.

In the second season, Charmaine is pregnant and is preparing to give birth to her twins. Jack and Mel’s relationship is on and off again. There are a lot more dramatic moments for Mel and Jack. Also, we learn a lot more about Jack’s past when he was in the military and more about Mel and her late husband, and it’s coming up on the anniversary of his death, so there’s a lot of emotional moments. Moreover, Charmaine has feelings for Jack and tries to sabotage Mel’s relationship with him.

There are a lot of new story lines and certain ones that are continuing from the first season. Some new characters, like Lizzy, are introduced in this season as well. Lizzy is the granddaughter of Connie in the series, and boy, oh boy! She creates a lot of drama. She is a troubled child interested only in boys and fashion.
Talking about Hope and Doc- they are dating again, but secretly. And Hope encourages Doc to date Muriel as a facade for their relationship. For some of the characters within the series, we do get a lot more Brady, too, and his job working alongside Calvin. Brady and Jack started well initially, but things got difficult with them by the end of season 2.

You might also love: Netflix’s Sex/Life is an ode to the much ignored Female Gaze

Virgin River: What follows in Season 3 is a complex start 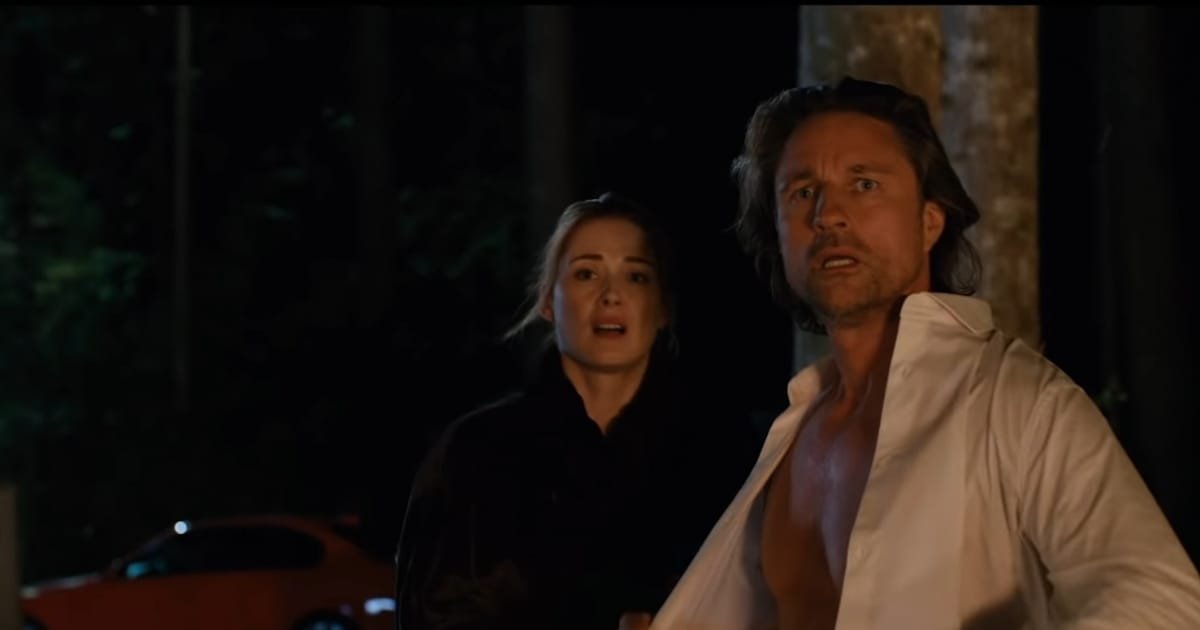 Everything remains unsettled in the Virgin River. Jack’s life is on edge, and it seemed to be interesting when the episode started. But it became a dull affair as the episode progressed. Within the first few minutes, the audience is put in a confusing state when the medics are trying to revive Jack and cannot do so. Then, the scene fades out with Jack having no heartbeat.

But suddenly, after three weeks, the town is in much better times. Everyone threw a surprise graduation party for Ricky, and Jack is, well, alive.
Jack’s shooting was a major cliffhanger for season 2, and the creators could have spent more time on this subplot. But they drove us away from this plot completely. Nevertheless, Jack was surprisingly grilling for many guests at a party, even after having a near-death experience.

On paper, Jack seemed fine; his body was healing. But he doesn’t remember who shot him. As per Doc, our brains try to protect us from traumatic experiences. Now, Doc has some of his own issues going on. He has sporadic headaches, and it turns out that he has macular degeneration. This means he could go blind. So he starts (secretly) to plan his retirement and look for his replacement. Unfortunately, Doc has to fight this on his own.

Hope is off to meet her aunt in South Carolina, and it looks like Muriel is trying to get closer to Doc, taking advantage of Hope’s absence. But we can’t say this for sure. Only time will tell. Charmaine has a new fiance. They engage within three weeks from when she encounters him at her salon. And Jack is suspicious. Even though her fiance is successful and has big money, Jack does not trust him. Charmaine is the mother of Jack’s babies; he worries about the people who stay near Charmaine. And he thinks that she is trying to get back at him.

The curious case of what is Lizzie doing On the other hand, there is Lizzie, who is insufferable as she is. Ricky is worried that Connie might see them together. And his last encounter with her was embarrassing enough for him. But Lizzie does not care. And they have their own relationship issues brewing up. Interactions between Preacher and Christopher are sweet as ever. They become closer as Paige is out of the picture. Although, when Preacher makes sure with the summer camp advisor that there are only two authorized people to pick up Christopher, that looks troublesome.

In the last half hour of the show, the focus was on Mel’s birthday. She wanted to keep things low profile. All she wanted was a coconut cupcake and a bubble bath. But Jack does not agree with her low key birthday celebration and tries to make grand gestures. However, in the end, Jack gives up and surprises her with a coconut cupcake and bubble bath. At the end of this episode, a fire engulfs Jack’s cabin, and it is a dreadful scene. This could either be related to the shooting incident or the memory issue with Jack after the accident. But I am more inclined to suggest that this could be related to the shooting incident. Although, the episode ends here.

It’s wholesome and relaxing, and, as you say, it’s not something that has deep thought-provoking plots, which isn’t necessarily bad. The downside, I would say, is predictable. It reminds me of shows like ‘Everwood’ and ‘Hart of Dixie’ with everybody knowing everybody’s business. It is not necessarily a mystery thriller but a feel-good drama with a reasonable dose of secrets.

The biggest issue with Virgin River season 3 is that they are trying to do too much with the subplots. As a result, the show never has time to breathe. Storylines just pile up on each other. Although the stories are very intriguing and interesting to watch, it never gives the showroom to breathe. If you can get over a few flaws of the show, then it is a great watch.