Top LGBTQ Centric Movies For You To Stream Today 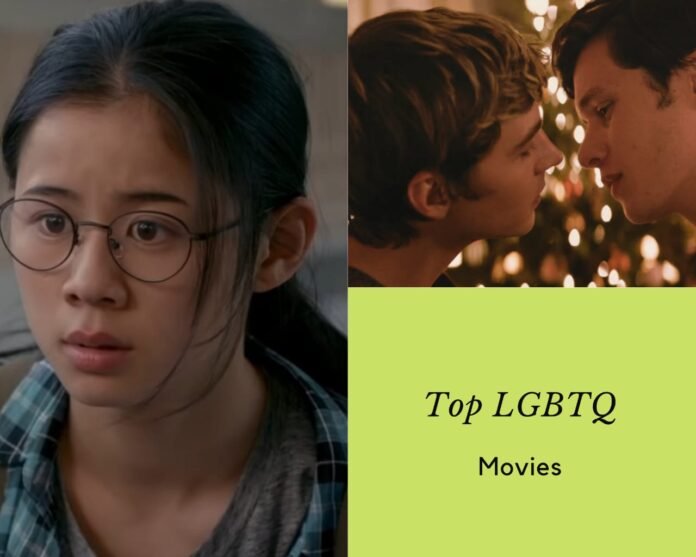 Pride month may be over, but the pride and nuance these movies bring us will never be over. Unfortunately, most conventional romance movies are heterosexual, making it difficult for LGBTQ people to find date-night entertainment. Sure, We still enjoy movies like You’ve Got Mail and When Harry Met Sally, but LGBTQ+ people deserve to be portrayed in rom-com on a par with heterosexual people.

You’ll have to go a bit farther to find decent gay romance films, but they do exist. Here’s a list of some pretty fantastic options, regardless of your sexual orientation. The majority of them are currently available to watch.

If you are a crier at movies, this one will gut wrench you. Call Me By Your Name is heavy on the subject matter, yet somehow, it is tender, kind, and gentle. It’s one of those movies that almost everyone raves about, but you won’t understand why until you see it. Then you understand why everyone has been raving about any of it.

Call Me By Your Name is an almost unimaginably delicate and heart-wrenchingly descriptive song. Songs that wonderfully captures the thrill, desire, and sorrow of the first infatuation in a golden summer. Elio and Oliver’s passion blooms against the landscape of an Italian villa. While Oliver is staying with Elio’s professor father for the vacation.

On one hand, Oliver’s assertive demeanor initially appears to discourage Elio, there is a far stronger connection between them that each of them must eventually admit. This LGBTQ movie will undoubtedly affect anyone who has ever loved and lost in their teenage years (basically you, me and all of us).

If you talk about any queer context in movies, Love, Simon is bound to be discussed in this day and age. It’s the poster film for the taboo topic and took everyone by surprise upon its release. But, simply by existing, this film, the first major romantic drama featuring a homosexual protagonist, is significant. Fortunately, it is as moving, sincere, and effective as it is innovative.

Simon Spier’s sexual orientation is deliberately secret from his close ones. When a blackmailer attempts to disclose his true identity, he embarks on a roller-coaster trip to come to grips with all of it. A moving film that left me with a wonderful sensation in my chest. I had great hopes for this film, and they were all exceeded! The performers are fantastic, the score is fantastic, and the plot draws you in from beginning to end, despite being cliched at points.

This is a movie that had to be made. Love, Simon, shows you everything. You need to hear about a queer individual suffering bullying and prejudice based on the experiences of people. The casting in this film is fantastic, and the performers’ bond with one another gives the picture a genuine sense and a place in the list of Top LGBTQ movies.

My heart just melted looking at this journey. Mind you, it’s not fireworks or meet-cute, it’s not even bugging heartfelt love confessions, and it’s definitely not cheesy dialogues. Instead, The Half of It is a simple story about a simple girl who simply falls for an individual she cannot have.

Ellie Chu, a bored and lonely girl in a small town, earns money by writing essays for her peers, and she accepts to compose a love letter to a school jock’s admirer. Eventually, she quickly develops feelings for this crush, resulting in a touching and honest narrative.

It’s more than a montage adolescent romance film; it’s a symphony of multi-dimensional connection that introduces us to a variety of concepts of love. As the tale unfolds, everyone and every scene of the film keeps the viewers captivated, and the final 20 minutes reveal the genuine aspects of love. It’s a must-see for anybody interested in celebrating love, and it’s a masterful piece of work by filmmaker Alice Wu.

Fun Fact: Make a movie that literally sparks protests in the home state. Once you learn that this Swedish-Georgian film caused demonstrations in Georgia, you understand that we still have a long way to go in the battle for LGBTQ rights.

Merab has spent his whole life practicing as a performer. And, while he is wonderful, everyone regards him as “too gentle” for Georgian dance’s extreme machismo. Merab discovers more about himself due to his love for Irakli, a new, fierce dancer who joins the group. Although there are aspects of coming-of-age in the film, Swedish filmmaker Levan Akin puts the spotlight on Merab’s psychological journey of sexual orientation.

To be candid, most think of it as a simple show of solidarity against homophobia. It is, nevertheless, an absolutely fantastic movie. A moving self-discovery narrative with challenges and tribulations. The movie viewers in Western nations with progressive attitudes and support of LGBTQ populations may not be aware of it.

2017 was unquestionably a wonderful year for heartfelt LGBTQ romance films. The effect of this film is mainly reliant on the abilities of the two principal ladies, Rachel Weisz and Rachel McAdams. This confidence isn’t misplaced; the acting is outstanding. Both women express their affection and personal conflicts without using words. The film is subtle in exposition and storytelling, which makes it a fun watch.

Disobedience unfolds in the setting of a London Orthodox Jewish neighborhood. Ronit, who had been ostracized for decades, returns for her father’s burial. Esti, who is now married to David, a childhood friend, is reintroduced to her now. It’s a fascinating love story in which the protagonists are treated as human beings who love and make mistakes. Instead of just simple protagonists or antagonists.

A note for future

While it has proven a long journey to acceptance, filmmakers have progressively gained confidence. The portrayal of LGBTQ individuals in stories is resulting in some genuinely great movies. A few of them you will be familiar with, while others may be unfamiliar. But all of them you need to know now and watch.

Trending today: Missing Your Partner? 11 Best Romantic Movies To Remind You Of Your Better Half