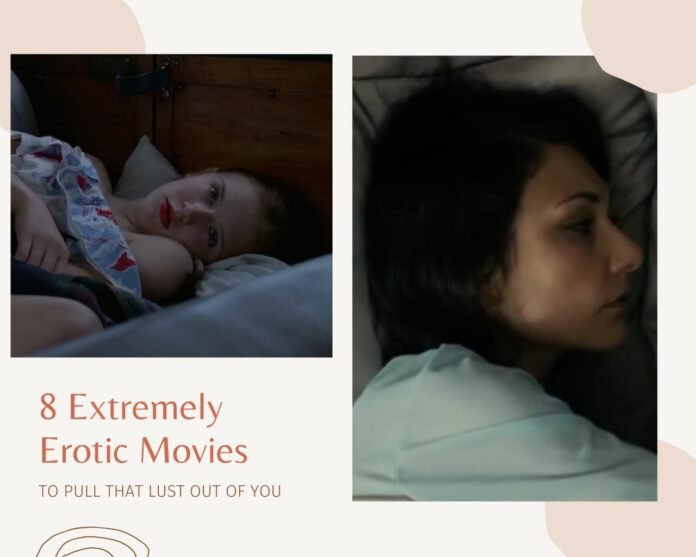 Different movies have different genres but what if we blend two genres together?

Yes! That’s what we are going to do in today’s article!

This 2008 erotic cinematic chunk was the 6th most attended film of 2008, selling millions of tickets. The genre justified itself remarkably, telling the story about the last declining breeze of the Goryeo Dynasty, a century-old lineage in the late 14th century. The king of Goryeo announces by organizing a military force named Kunryongwe. This is all led by a brave commander Hong Lim just to save the dynasty from a huge downfall. Commander Lim informs the king about an alarming situation where he purposely makes the events severe by diverting the king’s attention from his wife. The queen is now left with huge feelings of unwillingness and uncertainty about her relationship.

On the other hand, the tips and tricks of the Yuan dynasty double up. However, they face a failure in bringing down the king by giving authority to a dictator in a high position. Surprising about the involvement of top Goryeo officials, the king senses this awful and cunning trick and denies the offer strictly. The dictating ruler also plays a trick to protect the Goryeo Dynasty for future generations by hiring Hong Lim to take the charge of queen and father, as a new ruler. The movie was an absolute example of eroticism with a talented star cast who drew beautiful love triangles, & steamy sessions to hold and hook with the synopsis immediately. Eager to have a visual of this explanation? Well, I guess watching the entire movie would be better for it!

This 2013, erotic movie is said to be beautifully scripted and wonderfully picturized. It is one of those movies that can drag its audience with amazing portrayals and remarkable visualization. The story of this interesting cinematic chunk tells us a story about Lil (played by Naomi Watts) and Roz (Robin Wright). Both of them have spent their childhood as neighbors together and now have become great friends. They live in an idyllic beach town. In the late years, they grow up, get married, and have kids. So, their children have also developed a friendly bond as strong as their mothers use to have.

This friendship brings both the moms together. One summer all the four people meet each other with new and blooming emotions, which have dragged them into a state of love and care. They fall in love with each other with unexpected happiness and build up a relationship that bars all the rules in love. Adore can be counted as an inspiring movie, which gives a perfect depiction of passion and love. Overall, the movie is great, and if you have missed this one from your movie bucket list, search out fast and include it. It is literally awesome!!!

3. The Duke of Burgundy

Abashing her during private moments is all Cynthia wants, where Evelyn helps her in adding fire to these moments too. Cynthia now prefers to have a more casual relationship with her but Evelyn wants them to remain the same. It basically shares the story of increasing intimate relationships between the two of them. The movie is beautifully shot with great cinematography along with pretty good sex stuff and an incredible storyline. The talented actors have done their job effortlessly. I think it is a worth watch piece to enjoy with your partner late at night. A definitely must include in the list.

You might also love: 5 Best Romantic Comedies in Amazon Prime to watch in 2021

Private Lessons-Another Story of 1994, is an erotic film that lines the borders of soft-base pornography. The story of this film revolves around a separated and oppressed woman named Lauren (played by Mariana Morgan). The lady is very wealthy and a model photographer named Raul (played by Ray Garza), a Cuban limo driver, finds lust in her. Both of them start meeting each other, being all lusty and loving all the time, and later end up sharing a steamy relationship by involving themselves in sexual encounters at last. Meanwhile, Lauren’s husband gets to know this affair, but Lauren is out of his hands. She deceives him and leaves the city with Raul. There are several intimate sequences where the characters have justified their role outstandingly.

Though the most powerful character i.e. Marisa, stood up to shine the real sparks on screen, but unfortunately, she got little screen time and dialogues. Female nudity with beautiful still images and shot on steamy moments are worth watching here. The shooting places and the overall appearance of the movie were well executed and eye-catching. The script, actions, and dialogue delivery are perfectly served to its audience. Though it is an old movie, I bet, you will be surprised by its wonderful execution and spicy hotness!

Similar read: #7 Movies similar to Notes on a Scandal that will blow your mind

Though being a 1997 movie, Lolita is counted as one of the erotic movies even today. It is just a masterpiece where the casting is perfect and got a good hold to be as closer as the novel. A British professor named Humbert Humbert comes to the US for giving lectures. He stays on rent in the house of Charlotte Haze and sees her 14 years old daughter named Dolores aka Lolita. Lolita is too mature according to her age and Humbert gets attracted to her all of a sudden. However, he hates her mother but keeps the marriage alive just to be close to the girl.

They keep their relationship of stepfather and daughter a secret. But this doesn’t help for long and they get chased by police, according to Humbert. The intense jealousy and guilt from an unaccepted love from society gradually drag him to emotional unsteadiness. In the entire movie, Jeremy Irons looked extremely handsome and Melanie Griffiths is superb at her acting skills.

Lolita is a story where a manipulative girl knows exactly what she’s doing. Though the audience also demanded to see Lolita or Dolores as a character to have more innocence, the Love shown is beautiful & spontaneous. Though the end is tragic & heartbreaking, the film flows like a stream and gives sensuality. The acting served is Phenomenal where the movie proves what it wants. The movie carries everything from the soundtrack to story-telling where everything is touching and too alluring to miss.

Carrying erotic and mature content the movie also carries a mysterious vibe. The movie is a fast-moving thriller on the deaths giving you a chilling feel. It is a story about a girl named Carly Norris who is an editor by profession, who moves into an elite class apartment. She is till then unaware of how many of the female tenants have died in a brutal way by, most probably, a serial killer. Later Carly gets involved sexually with the building owner named Zeke Hawkins, who is also one of the main suspects. Another suspect she finds is Jack Landsford who is also a writer by profession and also her neighbor. She gets stuck in the web of whom to choose or trust, Norris now must reveal the truth before she becomes the next victim of these mysterious murders.

The actors have fairly played their characters where Sharon Stone is really impressive in her role of catching the murderer and downing them to end the serial killings. A highly recommend movie only because of its beautifully crafted thriller without throwing an over drama. Pretty engaging and crisp with most of the real character. One thing being highlighted and portrayed nicely were the sex scenes. Overall, the movie is a reasonable thriller that has some twists and turns with a good background score. It holds you till the final reveal where you find out who the killer is. It is definitely the second-best film after Basic Instinct. I would rather suggest not to go for other reviews just watch it, it is undoubtedly a great movie!

Based on the novel of the same title by Patricia Highsmith, this dynamic film is an upcoming erotic beauty from The United States. The story revolves around a couple who have now no intimacy or attachment for each other. The husband Vic Van Allen (played by Ben Affleck) is substantially capable and allows her wife Melinda Van Allen (played by Ana de Armas) to get into relationships or affairs just to avoid the divorce. During the scenario, the duo starts playing fatal mind games with each other. Melinda’s lovers keep disappearing day by day and the husband becomes a prime suspect of this entire situation.

Trending today: 11 Best Romantic Movies To Remind You Of Your Better Half