The Tinder Swindler: Damocles’ sword, in the guise of a dating app, hangs over your head 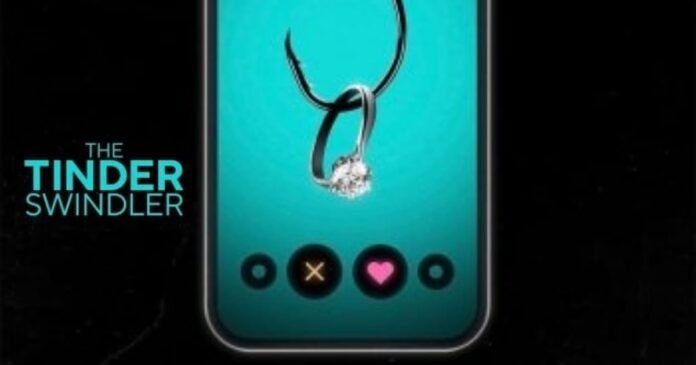 How enthusiastic are you to see a film adaptation of a true story? Today, I’m ecstatic to talk about “The Tinder Swindler,” a beautifully depicted true-crime documentary film. Do you want to know how the documentary turned out?
Tinder, a dating app, is one of the evils of technology. Are you a member of it? You can be sure that if you’re addicted to a dating app, there’s something intriguing lurking beneath the surface that you’ve overlooked, and you’ll have to pay a high price for it.

It’s hard to believe Tinder Swindler is a documentary film constructed in such a way that it appears to be a film. It’s as near to the truth as fiction can get. Don’t do what I did after seeing the documentary and try to find the actors on Google. They are the victims of the Tinder Swindler, the true victims…

An almost 2-hour documentary directed by Felicity Morris relates the experiences of a swindler who pretended to be Simon Leviev, son of Israeli Russian diamond mogul Lev Leviev and robbed them of their hearts and wallets.

If you are a person who loves to watch real stories rather than fiction, then Tinder Swindler is a very good choice for you. And this can also be a good movie to watch for girls who are fans of dating apps. There are more things the documentary wants to convey to you people.
Now let’s download the dating crime documentary film Tinder Swindler to know the dirty business of a crooked man.. Installing.. Shhh…

It’s up to you to swipe right or swipe left to choose your date. The crime documentary film is about a swindler who deceived and exploited women he met on a dating app. The Tinder Swindler is based on the true incident of Shimon Hayut, an Israeli conman who used Tinder to masquerade as the son of Israeli diamond billionaire Lev Leviev. He lavishes his girlfriends with gifts before emotionally enslaving them and stealing their money.

Hayut, posing as Simon Leviev, would first spend lavish amounts on the woman, staying in five-star hotels and flying in private jets. He makes the young ladies believe that they are living their dream. He provides such luxurious comfort, but what is the hidden agenda behind this? Where do these billions of money come from? Does he come from a rich family? Who does he loot all this money from? The tinder Swindler has all the answers stored right now on Netflix.

The filmmaker of The Tinder Swindler has done an excellent job of delving deeply into the lives of the victims. The documentary, like a movie, is full of surprising twists and turns. Felicity Morris approaches her work from the perspective of the victims. She doesn’t want to be the one to blame for the woman’s love for a male. This documentary is a powerful work of art that will undoubtedly benefit the director. Let us all wish her well in gaining more feathers in her cap.

Tinder Swindler was a very well-crafted piece that had me thinking it was a documentary because it flowed like a movie’s rhythm. To fool myself into believing that the actual crime was filmed with actors. And you think I merely looked up the actor’s name on the internet? I was aback to discover that these were not actors, but rather victims. A well-written and directed documentary about the art of crime. Following its release on Netflix, the film received a lot of positive feedback from both the general public and the leaders of dating apps. Simon Leviev’s Tinder account was deleted, but he is still active on the dating service and involved in the same drama. Is it possible that a crooked criminal, even after being sentenced to prison, may get away with it?

Can he still commit the same crime after being imprisoned in Finland? Is it true? Discover the identity of Simon Leviev.

Assuming different identities seems to be an easy job for Shimon Hayut. When he is in danger, like a chameleon, he uses his identity to change. From Shimon to Simon, and from Simon to David, similarly, it goes on his crime journey. Currently, he is living as a free man after being released from jail. He is still active on Instagram, dressed in designer clothing and posing in posh surroundings. He was waiting for the next girl to jump into his trap.

Open to the true crime

The Tinder Swindler is a true crime story; it happened and the victims are still there struggling with the aftermath. He used to send the same messages and images to his girlfriends to make them believe that he was being targeted by enemies, and the only helping hand he had was you. Who? His girlfriend, the poor girl who, despite the drama, tries to help him, later falls into debts that she is unable to repay.

Editor’s Pick: All of Us Are Dead – Horrific Zombie Apocalypse Finds You Trapped

In this crime documentary, Tinder Swindler, both positive and negative aspects of social media are depicted. He sends accurate copies of all messages to his girlfriends. Everyone got the same texts, photos, videos, and voice messages, and the girls utilized this as an opportunity to catch him off guard. The true villain is social media, which disguised itself as a dating app to trap people. On the other hand, social media was assisting the girls in their fight against Simon Leviev and assisting them in handcuffing him. Do you want to experience true drama? Right now, on Netflix, you can watch “Tinder Swindler.”

Super real heroines, are they?

They are still the victims of the conman who took away the money and put them in the darkness of debt. The debt, which they are unable to repay, has prompted them to turn to social media for assistance in raising funds. But there is a mixed response to that case. The people are blaming the ladies for taking such a huge risk to help a person whom they don’t know personally. Only the photos of luxury life impressed them, so they were mesmerized by the lifestyle of Simon Leviev. They blindly trusted him for every word he said. There was no question of doubt arising unless and until their debt-money didn’t come back. At that point, they doubted that the blank check and the branded wristwatch were all a damn trick of Simon…

Cecilie Fjellhoy, Pernilla Sjoholm, and Ayleen Charlotte are the superheroines who came forward and acted wisely to trap Shimon Hayut. They should be applauded for coming forward without hiding the truth to inform others that this type of fraud is occurring and that they should be aware of it. They are not able to clear the debts Simon caused for them, but they don’t want another victim to be in the same situation.

One of the heroines who got some intelligence is Ms. Ayleen Charlotte. When she suddenly realized that she was also a victim, she planned the same drama as Hayut does. She managed to collect all of his designer valuables and convince him that she would sell them and give him money; in any case, she was a woman outside the box who only got some money back because of her intelligence and timely decision-making. I appreciate her being direct in keeping my attention.

Are they real heroines? They are, but still, have to set up a GoFundMe fundraiser to compensate for their debts. The Tinder Swindler is a dangerous guy. Beware of him, girls.

He lavishes thousands of dollars on each girlfriend, all of which is paid for with money he swindled from the prior one. He understands how to catch his prey. Is he under the impression that every girl is the same? He is the type of man who spins such a web that the prey has trouble finding a way out. If you’re stuck, you’re still trapped, that’s how his love game works. If you’re on a date, you should watch Tinder Swindler to ensure a safe journey for your date; it will help you to avoid risk zones in some way.

Shimon was sentenced to 15 months in prison but has since been freed to help with the covid outbreak. He is now a free guy who is active on social media, has a new girlfriend, and travels in a private jet, living the high life. And that begs the question: where does he get his money? The Tinder Swindler continues to live his life as if all of his crimes were nothing more than rumors and lies.

Would the documentary become a movie?

Netflix has a 101 percent possibility of making a film as a result of the huge response. There are more stories to be discovered by delving deeper into Shimon Hayut’s life. People are eager to learn more about Shimon Hayut. When you look deeper, you can find a real villain or the swindler’s true colors. Are you prepared to wait for Tinder Swindler’s next deadly love trap adventure? Your feedback will help the creators create even another marvel…

Take pleasure in the criminal documentary film. It will keep you entrapped the entire time.

Trending Today: 7 TV Shows/Movies like Money Heist that you will love