The Mandalorian to be renamed? What and why? Find the details here 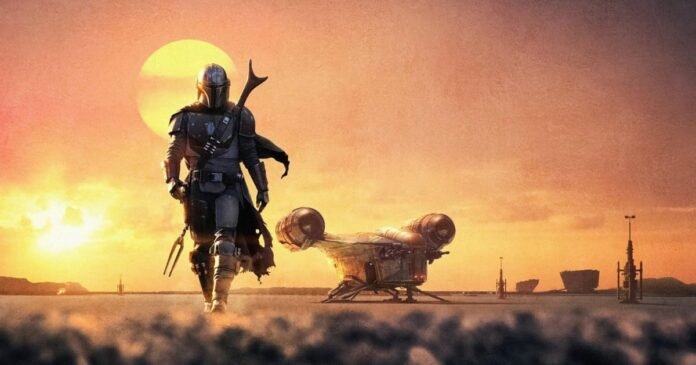 The present plot arc of the Mandalorian is said to finish with season 4. Thus according to Cinelinx Editor-in-Chief Jordan Maison, who publishes for the official Star Wars site, the story will continue. However, the show will involve the same characters involved with a rebranding of the story to reflect its expanded scope. In a nutshell, Mandalorian to be renamed and continued.

As per a report posted by Epicstream on August 26. In light of the suspected cancellation of the hit show, The Mandalorians, Din Djarin and Grogu’s adventures in the galaxy far, far away will be continuing in a separate initiative.
Surprisingly, Maison says that the drama isn’t really “ending” since Lucasfilm intends to alter the show’s identity after Season 4. According to him, the Mandalorian will “transform into a ‘different’ show. But with the heroes and villains, from the same period. It is unclear whether whether show name Mandalorian will only be renamed or the characters to be changed as well. Of course, none of the rumors circulating on social networking sites is verified, so take them with a pinch of salt.

What is the series about?

The series is set five years from the end of the classic trilogy. Essentially after the end of Star Wars: Episode VI – Return of the Jedi (1983). The show has introduced the characters of bounty hunter Din Djarin (Pedro Pascal) and Marshal Cobb Vanth (Timothy Olyphant). As well as Fennec Shand (Ming-Na Wen) and the most famous, Grogu (Baby Yoda).

Numerous Star Wars fans are in love with the Mandalorian characters. We hardly recognized Pedro Pascal’s character, Din Djarin, at the start of Season 1. He was just the Mandalorian behind the Beskar armour and distinctive mask. However, at the conclusion of Season 2, he possesses the Darksaber. He also removes his mask in preparation for Grogu’s training with master Luke Skywalker.

What happens in season 3?

Djarin earns the black-bladed sword in combat with Gideon at the conclusion of Season 2. This establishes him as the de facto ruler of Mandalore. However, this outrages Kryze, whose primary goal is to reclaim the saber to redeem the murder of her sister, Duchess Satine Kryze, by Darth Maul. As a result, it’s not unreasonable to believe that Djarin’s narrative will finish with him as Manda’lor, the ruler of New Mandalore.

What will it be the new name for this series if it continues? Do you want the show’s arc to end in season 4?
For the time being, we’ll have to wait for season 3 to conclude filming and the release of Disney+. Meanwhile, The Book of Boba Fett, which will launch on Disney+ in December, will quench some fans’ thirst.