The Good Doctor: The biggest medical show and its stellar cast 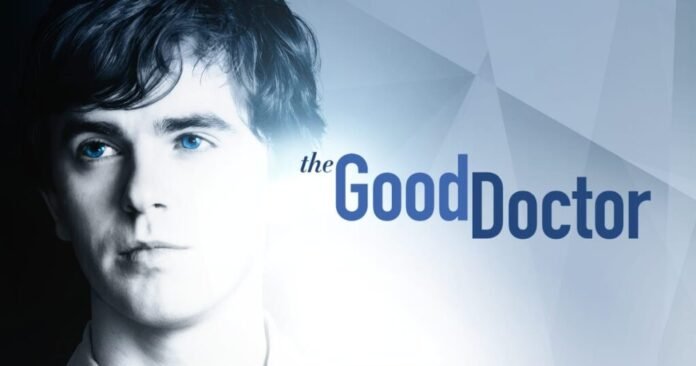 Looking for a new medical drama like Grey’s anatomy? Look no more. The Good Doctor is the perfect show with the drama of the medical world.
CBS initially rejected the show twice. And ultimately, it was picked up later by ABC. It has now become one of the most favorite shows on the network alongside Grey’s Anatomy. The show begins with Shaun leaving his home in rural Wyoming to start the surgical residency at a hospital in San Jose, California. The entire hospital board is not willing to hire Shaun due to autism, but only Dr Aaron Glassman (Richard Schiff) supported Shaun’s abilities. Mr Glassman is a parental figure for Shaun and is a guiding figure to him.

There are many tear-inducing moments in the show between the medical staff at the hospital and the patients. And most of the staff has a sad past with a lot of heart-wrenching flashbacks.

Besides the family issues, the show also dove into important topics like racism, mental health and sexual harassment.

The most exciting development is the budding romance between Shaun and his neighbor, Lea (Paige Spara), and he accompanies her on a road trip and kisses her.
Finally, at the end of season 1, Dr Glassman is diagnosed with brain cancer. Glassman’s job is also threatened after Shaun makes a major surgical error. But the fans are left on a cliffhanger as the consequences of his mistakes are not shown. Available on Amazon. Even though Shaun messed up the medical procedure for Dr Glassman in the last season, he survives. However, Shaun gets caught up in crosshairs with Dr Han because of Shaun’s approach towards his patients.

While Shaun handles this personal challenge, Claire is stuck with her own issues. She gets criticized for not being assertive enough in her reviews, but she gets an earful for the same when she does. She also has to deal with men like Dr Melendez, who feels that she is disrespectful.

On the other hand, Dr Glassman opened up to be emotionally vulnerable and heal himself mentally and physically.

As for Dr Lim and Dr Melendez begin a love affair while both of them compete for the post of chief of surgery.

Coming to Morgan, she takes up a lot of the scenes on the show to the point of seeming like she is the female lead of the show.

But, even as the residents have their own troubles, there is a reminder that they have formed a family.

Similar read: Weekend Watch list 5: What Are You Watching This Weekend? The third season focuses on the personal issues and trauma of the hospital staff. Shaun has to deal with the concept that autism will affect his life, which will hamper his ability to find love in life. This happens when Lea rejects him.

Whereas Claire is in grief. Not just in terms of death but also her lost childhood. She finally gets therapy and works on her emotional health. Like Claire, Morgan is suffering from her own share of struggles. But, unlike Claire, she pushes back and accepts her faults when required.

We have Dr Glassman’s relationship with Debbie and trying to make that work, Dr Lim figuring out how to deal with the human resources of her job, and just a general pursuit of happiness. Throughout four seasons so far, Shaun has fallen in love, struggled with grief, and saved the lives of multiple patients. The newest season saw Shaun and his girlfriend Lea deal with an unexpected pregnancy, then miscarriage. At the same time, the hospital team struggled to handle the COVID-19 pandemic.

After the first part of the finale, it seemed as if the couple were about to split up in the wake of the loss. Instead, the pair took a big step forward. It is an intriguing season with a surprise ending. The show’s lead, Shaun, hates being pressured to do something he doesn’t want to do. While some doctors see him as incapable, others see him as remarkably gifted. Although he suffers from autism and savant syndrome, he is pure and friendly unless someone pushes his buttons. He is a good person at heart and a brilliant doctor who had an abusive past. Although, he is kind of a doormat for others and does not know when to stand up for himself.

Editor’s Pick: Why is everyone talking about Greys Anatomy? At the start, he is the antagonist for our lead. And does not believe that Shaun belongs in the hospital due to his autism. But he eventually comes around and grows to respect Shaun’s abilities. He’s very good but is full of himself. Not only is he not very friendly, but he’s also deliberately mean. Although, as the show progresses, his personality changes. His entire persona takes a 180 and becomes one of the good ones.

The former President of St. Bonaventure, he is the ace. He can treat complex brain surgeries like a normal task. Dr Glassman is the only one who supported Shaun’s admission to the hospital, while others were against the decision. He always stands up for himself in difficult situations and never backs down. Although, he is not without a flaw. Pride and ego are his weak spots, and he never wants to open up to others. Claire is the only character besides Shaun who appeared in all the episodes of the show so far, who has a lot of screen-time. Perpetually friendly and well-mannered to everyone, though she had her bad days when she snapped. And she is initially rude to Shaun when he shows up, as a child’s life was in danger and she was under stress; it’s an understandable exception.