The 8th night: A very long night of yawns 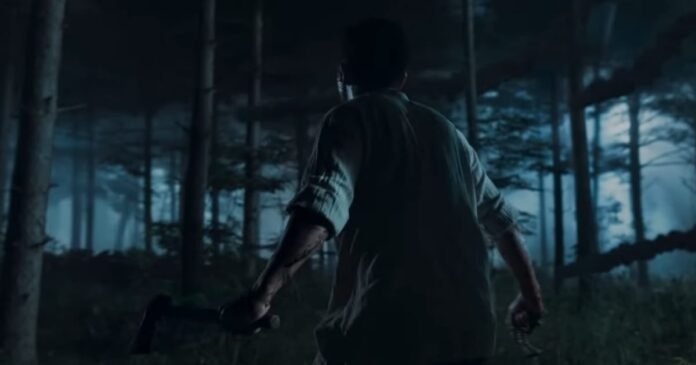 ‘The 8th Night’ is an intriguing Korean supernatural horror movie that follows the story of a millennia-old evil spirit that tries to unleash hell on Earth by infiltrating weak humans to assume its full form. The story follows the eight-day struggle to stop this from happening.

Even though the twists in the movie are not that original, and I think many viewers could see it coming from a mile away, it is still immensely creepy. It ventures into a new world of horror thrillers with supernatural and mythology sprinkled in the plot.

Slow for the first hour of the movie 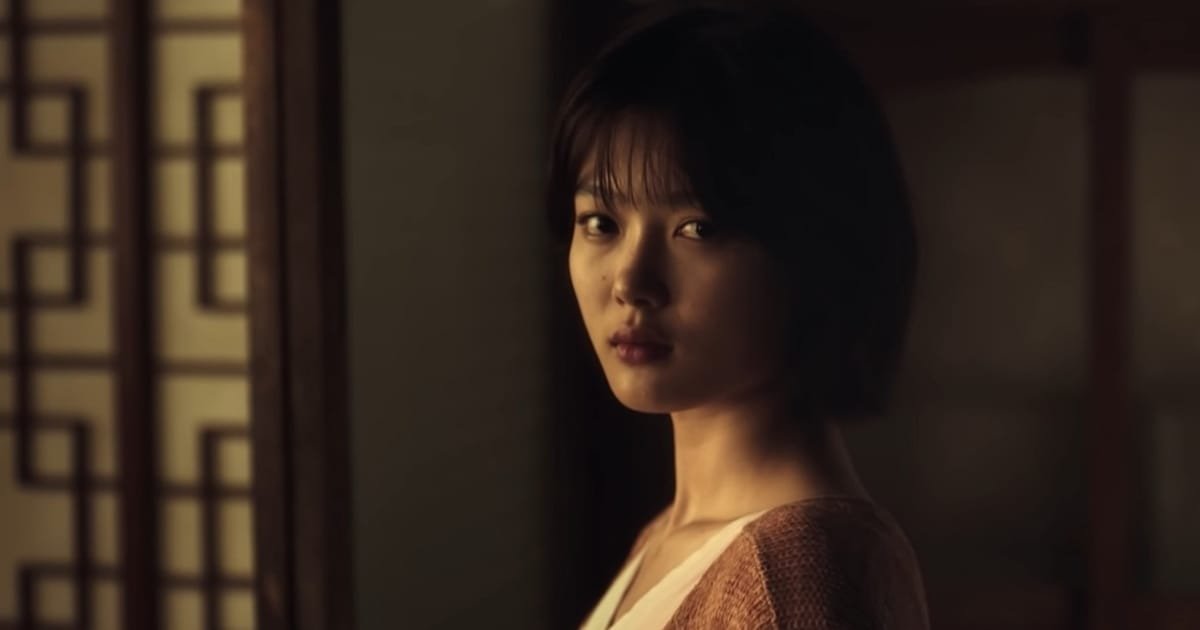 The movie is slow-paced at the start and picks up speed only at the end. The movie opens with an epilogue that lays the groundwork for the movie and explains how an ancient evil spirit was prevented from wreaking havoc on the Earth. This story is explained again to another protagonist, and the narration seems repetitive by then. And a hint of ‘The Exorcist’ was present in the movie since the protagonist was a Buddhist monk/exorcist and his sole purpose was to stop this evil entity.

At the heart of it, this film is an unlikely buddy adventure between a reluctant and grumpy older man and a naive and young monk who sees the world for the first time and is excited by every new thing. There are moments in this relationship that provide some fun to the otherwise drab first half of the movie. There were some underdeveloped and one-dimensional roles like that of the detective, whose arrogance is abrasive.

Hidden meaning behind the title

Directed by Kim Tae-Hyung, this thriller features an ensemble cast composed of Lee Sung-min, Park Hae-hoon, Kim You-Jung, and Nam Da-reum. The title has several meanings, and so it can be interpreted in many ways. One of them is about the movie’s plot that unfolds within eight days, and there is an obvious twist on the 8th night. There is another interesting interpretation of the title. When ‘8’ is flipped sideways, it represents infinity. The symbol signifies the concept of eternal hell and is a central theme of the movie.

Actors have a family-like connection

Many of the actors in the film have worked together before and have a cozy relationship with one another. Park Hae-Joon and Sung-min have worked on many projects together and have good chemistry with one another on-screen.
Lee Sung-min also shared that he had worked with Nam Da-reum in the drama ‘Memory,’ and Da-reum played his son’s role, and in real life, too, he calls Sung-min, his father. He said .” On set, he was really like a dad to me and took good care of me.” Park Hae-Joon also shared the screen with Kim Dong-Yeong on ‘Believer’ and wanted to work with Kim again.

The movie starts with a Sanskrit narration, which was exceptionally new for Korean horror movies. Many scenes reference the Hindu and Buddhist mythologies. Kim, the director, explained that the inspiration for the plot came from the Diamond Sutra, one of East Asia’s most renowned Mahayana Buddhist teachings. Moreover, there are Sanskrit chants in the movie.

When Lee Sung-min (Park Jin-soo) was filming for this thriller, he became fascinated with spirituality and shamanism. He eventually learned a few things from spiritual teachers. He said, “My character has the ability to sense the unseen and the unknown world. And it feels like stepping into another world. I consulted with a shaman and a monk to get ideas on how to play the character as the concept of the plot was so new to me. I also learned the Sanskrit language to say the dialogues gracefully.” The dedication to the craft of acting is too great for Lee and is an inspiration for the new actors.

Not your typical horror film 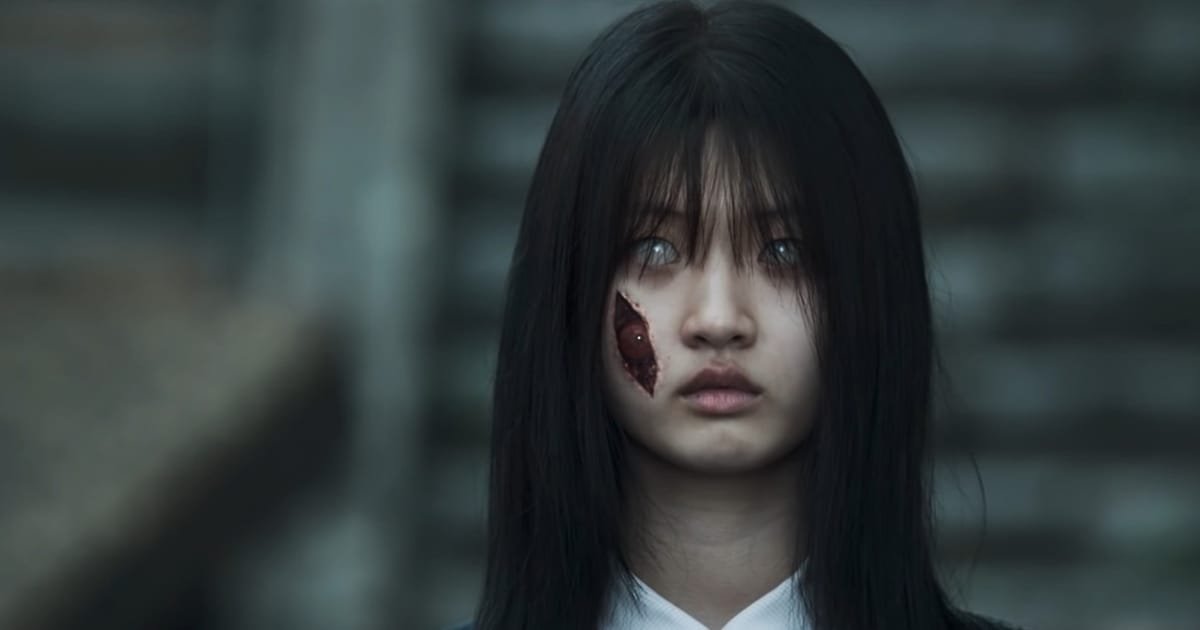 While other horror films relied on the central theme of Satan or demons, this film breaks the norm. It focuses on spiritual teachings and enlightenment seen in Buddhism and related to pain and suffering in the human world.

Most of the movies in this genre are straightforward with the simple aim of scaring the audience with disturbing sights and sounds. But this is more than that. Usually, there is a priest and a devil, and after an exorcism, the movie is over. The theme observed here is awakening the soul and understanding a few things about life, pain, and suffering.

The evil spirit represents the Agony of the past and the Anxiety of the future. It sheds light on how people live with agony and anxiety for all their life, never realizing that they created their own hell.

The 8th Night: Is it worth a watch?

The movie has a promising plot, intriguing enough to engage the audience. Yet, the execution of the story is bad with poor delivery. The movie is beyond redemption for the less patient viewers. And the potential to keep the audience thrilled till the end is wasted.

It became too conventional in its scary parts and became too slow to follow. The 8th night seemed to end quickly after building the story a long time since the beginning. The expectations regarding the plot fell fast.

However, there are solid moments in the movie that would impress horror fans, but the rest falls flat. Moreover, the element of drama in this film is very strong. And as the mystery begins to unfold, many layers of characters are exposed.

“Agony and anxiety make humans suffer. As humans suffer, they become weak and succumb to darkness. But you know what’s scary? Agony and anxiety have no forms. And it feels like hell when humans are trapped inside those formless things.” The movie’s slow pace gave me ‘agony,’ and I felt anxiety when the movie stretched for too long. Available on Netflix.