Friends: Why did the show end when everyone found a partner? The real reason In May of 2004, sixty million people cheered as Rachel Green disembarked from an aircraft, we smiled when the group saw the twins, we cried our eyes out at the last shot of the apartment. Friends, which was on the air for ten years, finally reached the end of its run.

The group of six and their Central Perk conversations remain a fixture in many homes and offices across the world, owing to numerous reruns and a new home on Netflix and HBO Max, despite its termination or mutual decision to go off the air.

Friends is THE ICON of the 90s. You will never hear the end of Rachel’s haircut, Monica’s cleaning obsession, or even how cute Chandler is from any millennial kid. To be frank with you, it’s a right of passage. You can be cool and have watched the best and most appreciated shows, but, if you say you have not watched friends, there is a silent judgment, I know there is.

Why did Friends end?

It was getting difficult for the show-runners to keep Ross and Rachel apart. It had already been nine years. Some members of the cast, meanwhile, wanted to move on and be done. ‘No, just don’t leave until they ask you to go,’ several individuals said. It is having a second job, and they were having so much fun together. Although several people’s viewpoints differed, they eventually decided to go forward with season 10. Another theory that the show-runners David Crane and Martha Kauffman tell us in the recent reunion is, the show Friends is essentially about a group of people who consider each other family. People who share food, celebrate Thanksgiving, Christmas, New Year, and even Haunnikah together. As the seasons progressed and each of them finds a partner for themselves, they essentially create a new family. And now, it is time to focus on that family. So, once the friends are no longer a family, the show did not have any point. Juggling between Chandler and Monica in the suburbs, Joey in LA, Ross, and Rachel in New York, and Phoebe and Mark in their own marital bliss is not something the show ever wanted to do.

Crane also stated that he would not have desired the sitcom to continue even when the cast preferred to return after Season 10. He explains that it took them a long time to get on board with the notion of Season 10. At that time, they take a hard look at what tales are left to tell that would justify returning. Although, I am happy they did since the season as it gives the cast a respectful goodbye. However, you must not overstay your welcome.

Do you remember how Friends ended?

Monica and Chandler made a family of their own.

However bizarre it sounded when we saw Chandler and Monica in bed together, we know it makes complete sense when we see it now. They are the true star couple of the show in my opinion (sorry not sorry). Both Monica and Chandler build a better marriage together and work on several of their issues together. Unlike some other couples on the show, their marriage is short of flaws (wink, wink). In the end, Chandler and Monica, the 1/3rd of friends, now have a family of their own. Two beautiful kids that give us some hilarious moments in the finale. I don’t know about you, but I was excited about their new life, their journey as parents now. And till today, I wonder how it is going for them.
Ross and Rachel got a happy ending. Sigh.

Not gonna lie, I jumped to see Rachel stand on that door and say ‘I got off the plane.’ the romantic in me smiled wide. However, when I look at that today, I regret being naive. Ross and Rachel are an odd couple. It’s just like How I met Your Mother at this point. The writers decide early on that the couple has to be the star of the show. Hence, all logic is overlooked. Honestly, it sucks. The only reason I now get happy for her staying is that Ben and Emma can grow to be an awesome brother-sister duo. Where is Ben anyway, though?

Phoebe finally gets her dream life The sanest and relatable character to me is Phoebe. She’s fearless, bold, grounded, and knows her worth and place in the world. Dare you call her ‘not like most girls’ because that is not a compliment. Phoebe had the most interesting story-line or backstory. Which, of course, reduces to laughing gags about homelessness, past traumas, and the struggle for survival. Ultimately, Phoebe got her dream life with Mark (Paul Rudd). He is one of the most non-toxic, supporting boyfriends ever in TV history. According to reports, Mark is supposed to be just another love interest for Phoebe. But, the encouragement the character got from the audience for being who he was, got him a bigger part.

Joey did Joey things, even in the spin-off 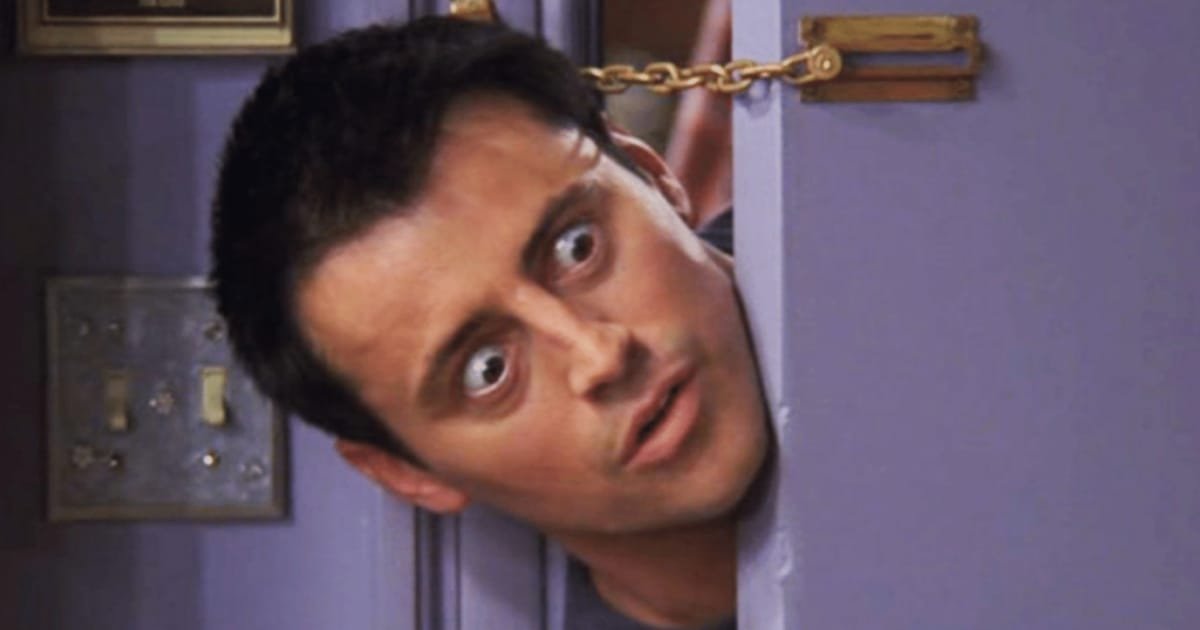 Probably the most disappointing of all outcomes of the show was Joey’s spinoff. The man has potential, but he also needs his friends to be around him. Joey without Chandler and Monica? I don’t accept it. Joey didn’t really have an ‘ending’ on the show. And I think it’s the most appropriate outcome out of all the options. He was never a family guy, his friends are his family and he doesn’t want anything more from anyone (except a brief brain damage Rachel and Joey story-line).

Editor’s Pick: Dark Desire/Oscuro Deseo Season 2: Kill the Monster in You, to Phrase it out in Mirrors

In its time, friends broke many records and had very progressive story-lines in the form of lesbian weddings and pregnancies. Without a shadow of a doubt, Friends is and will always remain the most-watched, binged, and talked about show. It is good the show ended when it did. Now that I look back, I realize it was time for all of us to move on from the Central Perk conversations. Time to move to something new, more mature, and creative.

Trending Today: Top movies of 2021, What to watch next?