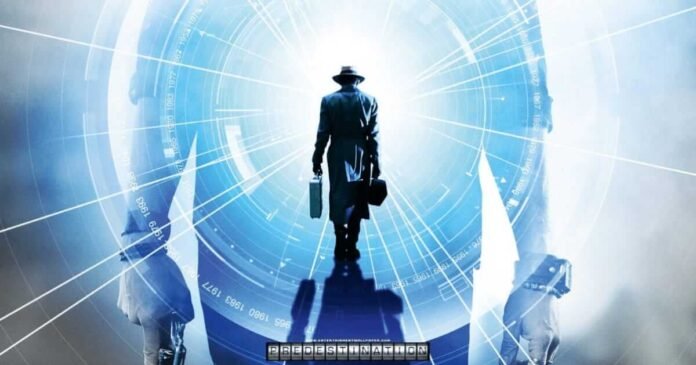 Saw Predestination and still can’t figure out what happened? Read on to finally get who was who in the movie — Predestination paradox and ending explained.

The counterfactual dark humor is bewildering, and the film is, in Hawke’s words, “the serpent that eats its own tail.”

The film begins in the middle with the following quote: “What if I could put him in front of you, the man who wrecked your life?” Would you kill him if I could promise you’d get away with it? The Fizzle Bomber then detonates a bomb in March 1975, devastating ten blocks of New York and killing nearly 10,000 people. More crucially, we observe someone wearing a hat, overcoat, and gloves; his face catches fire. Reconstructive surgery restores their appearance, and the doctor claims that he has altered so much that his own mother would not recognize him.

What is it about?

Ethan Hawke works for a top-secret federal agency specializing in time travel. His mission as a field agent is to travel through time and prevent a serial murderer known as the “Fizzle Bomber” at various points of his lengthy, infamous career.

Cut to a time traveler Hawke traveling to 1970, posing as a barkeeper. Hawke meets a mystery transfigure (Sarah Snook) who has an astonishing narrative. He believes this might be a critical recruit, and their fates and histories will be interwoven in mind-boggling ways. John, then Lucy, was a child of the state. Someone left her in the doorway of an orphanage. She experienced many troubles as she grew up, but she understood she was different from everyone else. Lucy applied to work at Space Corp. As a result, Her duty would be to service guys in space.

However, something happened during her physical health examination at Space Corp. that excluded her from the position, even though she was the number one applicant at the time. Lucy then chose to leave the program and go to school. And it was during this period at school that Lucy encountered a man who looked precisely like her. He was clear to her. They presumably had sex, and Lucy became pregnant as a result. During her pregnancy, Robertson from the Space Corp. The project returned and informed Lucy that he’s not telling the truth about what they performed at Space Corp. The actual mission was to “correct wrongdoings.”

Lucy is again rejected for the program when Robertson finds out she is pregnant. Her C-section during childbirth reveals that she has both male and female organs, and the doctor had to cut her female organs during the Cesarean. She then undergoes sex-change operations and changes her name to John. Because of his experience, John continues to live his life as a pessimistic, bitter guy who is now sexually competent, writing confession pieces under the pseudonym ‘The Unmarried Mother.’ The Barkeep then gives John the chance to return in time and kill the guy (Jane’s boyfriend) who wrecked his life, assuring him that he will get away with it. In exchange, John pledges to fill in for the Barkeep as a temporary agent at the bureau. Return to 1963, to the day Jane encounters her sweetheart. As the three of them are shown to be fundamentally the same person, John learns he is that guy he intended to murder, Jane’s lover, and the father of little Jane. Jumping forward 22 years, John forsakes Jane to be a time agent, and the cycle resumes when Jane essentially becomes John after her birth and sex-change procedure.

The actual theory of the Predestination paradox

This is a predestination paradox, an eternally recurring loop (the first complete one in the film), and Jane/John/Baby Jane is the driving force behind it. Consider it an autonomous, ongoing chemical process, with The Barkeep functioning as a catalyst. The paradox here is that the reaction occurs, deforms, dismantles, and recreates in the same time frame each time, autonomous and repeating.

Agent John from the future travels back in time to the bureau, where he has surgery and face reconstruction, dramatically altering his look until it resembles the barkeep/John Doe. After recuperating, he is instructed on his last task, which is to become the Barkeep, and he is sent backward in history to that evening in 1970 when he encountered John in the bar. This is the film’s following predestination paradox, second self-repeating, entire loop.

The fizzle bomber continues to operate in the same sequence of events, while the real agent John Doe, who had actually traveled from the past to 1975, gets back to 1963 and persuades John to give up Jane. The two then travel to 1985, where John substitutes the Barkeep as a temporary agent, and the Barkeep retires to New York in 1975.

The Barkeeper and his retirement, finding out the fizzle bomber.

The Fizzle bomber is a future-time Barkeep. Barkeep has effectively been chasing his own self from the future. Because of the temporal jumps, Barkeep has gone insane and transformed into the Fizzle bomber. He has been killing innocent people in the name of preventing terrorist strikes. The Barkeep kills the Fizzle bomber. On the other hand, Barkeep fails to disclose the time gadget, which he is incapable of decommissioning. This is where the movie ends.

The time gadget, which Barkeep fails to decommission, is not reported. This implies that he continues to use the equipment; time leaps have shown to affect the psyche. Let us not forget that any occurrence in this narrative is predetermined to occur. This is the rule rather than the exception. It seems to reason that when Barkeep ages, he will transform into the mad Fizzle bomber.

This occurrence has previously occurred. The death of the Fizzle Bomber by Barkeep does not always indicate that the bombing has ceased. Barkeep may have killed an elder Fizzle bomber. A youthful Fizzle Bomber who is less disoriented might be to blame for the New York incident. After all, the Fizzle Bomber can travel across time whenever he wants.