Netflix is a joke: Stand up comedy mega festival 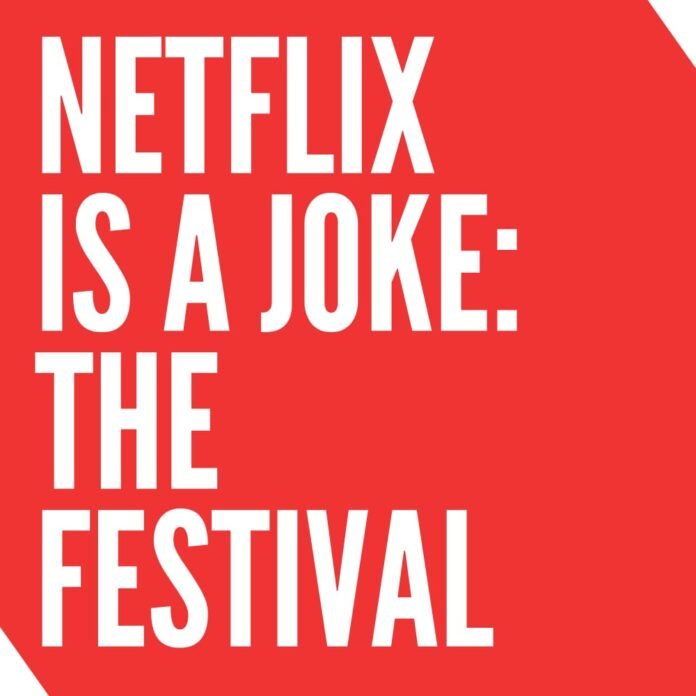 Netflix is organizing an 11-day stand-up comedy mega-festival in Los Angeles, with 130 performers, including Dave Chappelle, whose recent special The Closer was highly controversial for the streaming service.

Yo, bro! Do you enjoy comedy? Then you will undoubtedly enjoy this comedy! Act as if it’s the end of your career!

Netflix Is a Joke: The Festival, which will take place in Los Angeles in 2022

The mega Festival will take place in 25 venues, including iconic historic places such as the Greek Theater and the Hollywood Bowl. It will feature the great celebs like Kevin Hart, Amy Schumer, and John Mulaney. They will move the streamer into the live-event space while also generating content for new on-air specials. It was originally scheduled for last spring but had to be dropped due to the pandemic.

Stand-up comedy is the greatest form of free speech and expression because it allows you to poke holes in all the pretentious bubbles.

The funniest yet wise talks and acts take us away from reality, bring us to a happy world, and just make us laugh at their humorous jokes. The hilarious comedians with their wit and wordplay can even help us to enhance our self-esteem since we can all benefit from learning to laugh at ourselves a little bit in life.

So, to bring more amusement into our life, Netflix is launching a stand-up comedy festival. Isn’t it amazing?

You might also love: Will the Netflix cancel infamous Virgin River?

Netflix was allowed to expand into the potentially lucrative events area at a time when subscriber growth has slowed slightly, while also producing a broad mountain of on-air programming. Many of the shows will be recorded for future stand-up specials on Netflix.

The event’s programming is nearly complete, with additional concert details from select performers awaiting confirmation before being revealed ahead of the festival. Some shows will be recorded and eventually released in full on Netflix; Chappelle’s will not be broadcast.

How can you book your seat?

The mega festival will take place from April 28 to May 8. Pre-sale tickets for netflix is a joke will be available from December 7. The tickets for the show going on sale on December 10 at here.

It’s the ideal moment to clear your schedule and devote some quality time to yourself. Laughter is good for your health. Let’s have some fun. Let us all be a part of the show. Buy the ticket and begin your journey to a magical event.

So, what are you waiting for? Go and grab your tickets now for Netflix is a Joke. It’s gonna be mind-blowing and worth it. Don’t regret it later.

Goodbye! Until next time!

Trending today: Movies Based On True Stories; Eye-opening and Entertaining