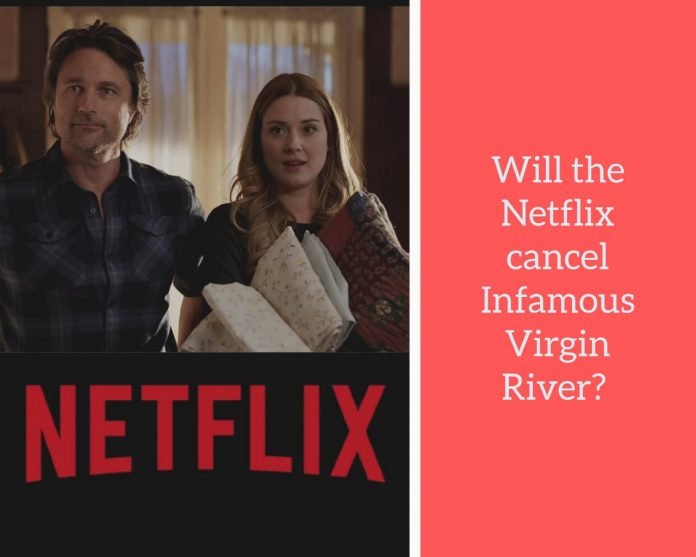 Fans assume Netflix would cancel Virgin River. But is this the end?

The third season of VIRGIN RIVER premiered on Netflix earlier this year, but has the streaming platform dropped the show before season four? Season three provided even more twists and turns for the show’s star players, but will they be back for season four?

Virgin River is the cinematic parallel of a warm hug. It’s the perfect homey drama to curl up with, with its small-town trappings and fascinating characters. The lives of the individuals in Netflix’s Virgin River are as dramatic as the drama’s breathtaking British Columbian setting. Although Netflix does not disclose figures, the programme is successful enough that Netflix quietly renewed it for season four before the streaming site dropped Virgin River’s third season on July 9. According to sources, filming for Virgin River’s fourth season began in late July 2021, just weeks after season three was released.

It was the most-streamed content across the country, so that made sense for Netflix to start planning season four as soon as possible. Netflix has stated that the fourth season would feature 12 episodes rather than the customary 10.

Season three of Virgin River premiered in July, and since then, fans have been wondering about the show’s future. The third season concluded on a tremendous mystery, hinting that more seasons are on the way. However, many people are apprehensive that Netflix would have cancelled the Virgin River show before season four.

Virgin River has historically had a rapid turnaround between seasons, with only seven months separating seasons two and three. Season three premiered roughly five months ago, leaving many fans wondering where season four is.

While Netflix has been silent on the show’s status, viewers may be certain that it has not been cancelled. Netflix is doubling down on the show, promising not only season four but also season five production.

Season five is set to premiere in late 2022 or early 2023. If this is true, it might indicate that the show will have two seasons in 2022, making the series’ future quite bright.

There is plenty of content to draw from, as it is based on the Robyn Carr novel series of the same name. With 25 books produced in the book series so far, there is a staggering amount of narrative that the show can cover.

Return to Virgin River, the final book in the series was released in October 2021. The novel series differs from the series in that it does not solely focus on Jack and Mel. While they appear frequently throughout the series, other couples take center stage in subsequent installments. The program may choose to take a similar path, even though Jack and Mel’s narrative is far from over.

Let’s just have a quick recap

Season three followed tradition, concluding with big suspense that could jeopardise their love. Jack was surprised to learn that Mel was pregnant after he asked her to marry him. Initially pleased by the news, Mel’s excitement was dashed when she disclosed she didn’t know who the baby’s father was.

What a mysterious, full of questions and suspenseful climax of the season. Isn’t it?

So, now that season four has been confirmed, what do we know about it? Will Annette O’Toole’s character, Hope, live? What is the situation with Mel’s child? Will Charmaine eventually have her twins? And we’re finally going to know who shot Jack, right? Will find out soon. Wait and watch.

Season four will be an emotional roller coaster from the beginning

For the ones who still didn’t watch the series, just go and watch the series, or revisit the Virgin River in seasons 1-3 on Netflix. We’d also want to hear your comments on the forthcoming season. Leave some love in the comments area below! See You! Until next time!