Malignant: A great piece of work 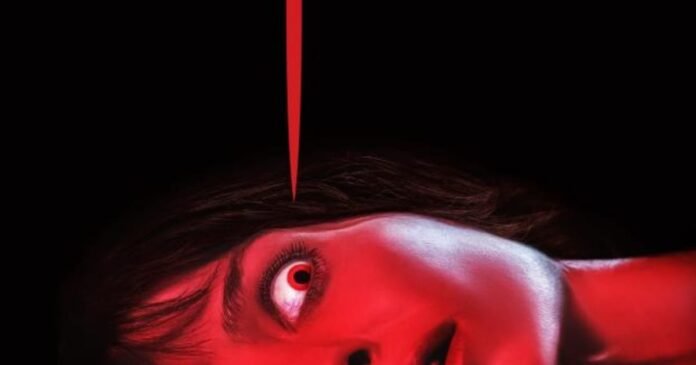 Malignant evolves more and more into a paranormal adventure film after a first act that works quite well as conventional horror. Wan understands how and when to create adrenaline beats and conflict scenarios. However, sometimes they appear out of context and overdone here. Malignant ends up seeming more like a criminal origin narrative.

Madison (Annabelle Wallis), who appears to be tormented by the strain of an unexplained past, is at the centre of Malignant. She is coping with an abusive spouse, Derek (Jake Abel), who is also pregnant. Furthermore, the pregnancy has now become a subject of tension amongst the characters. Additionally, it doesn’t help that he’s the type of jerk who wouldn’t mind smashing her into a rock.

He is assassinated one night in what appears to be a house invasion. Madison’s difficulties don’t end there. She begins to have weird dreams, which place her at the site of terrible deaths elsewhere in the city. A monster carries out these deeds disguised as a hooded person who appears to have power over electricity.

Madison was adopted at an early age and therefore has no recollection of her upbringing. However, all of the victims appear to have a connection to her history. This prompts Madison and her sister, Sydney, to begin exploring the horrific truth about her origins.

You might also love: Lucifer Season 6 – A Devilish Goodbye

Wan’s 2013 movie, The Conjuring, became the biggest hit in his profession and has created a whole interwoven world. Ever since Wan has moved on to develop blockbusters like Fast & Furious 7 and Aquaman, but for many fans, horror is still his most well-known genre.

Malignant, an intriguing adventure into the uncharted corners of human psychology, marks James Wan’s respectable come back to the horror genre. Few filmmakers can establish even one good film series, but James Wan has managed to do so three times. Wan and Leigh Whannel co-created the Saw franchise in the early 2000s, then a decade later, they co-created the terrifying Insidious films.

Wan tries to make Malignant more intellectual than the rest of his work by concentrating on the physical expression of dread in the face of absolute truth. Immersed in a Suspiria-like crimson, Malignant offers its spectacular horror sequences but eventually capitulates to a more style than content narrative, drawing attention away from his typical directorial flair and construction.

It’s an ode to inspiration.

Practically all of the victims are attractive ladies, and the killer generally wears leather gloves. While some reviewers continue to debate what constitutes a Giallo film, there’s no denying that Malignant matches several of the genre’s aesthetic and narrative aspects.

There’s whirling Brain De Palma-style cinematography and extravagant light reminiscent of Dario Argento and Mario Bava’s Italian horror masterworks. There is a dramatic change in the narrative’s last 30 minutes. It places the film between three other well-loved ’80s horror films that I won’t disclose to keep things spoiler-free.

You might also love: Don’t Look Up: Now we can sit Tight and Assess

Women’s physical rights, the impact of grief, and how individuals interpret the notion of the family are all fascinating topics that the movie dwells on. Derek mistreats and traumatises Madison, the healthcare community, and a male presence inside her flesh. She’s finally able to restore control with Sydney’s aid.

Although, the flashes of light in the final scene indicate that control may not be all that powerful. It’s a fantastic piece of physical and psychological horror. The movie dares to play with its themes and subplots as much as it does with the technical aspects.

Malignant succeeds best when you don’t know much about anything, so if you have not seen it yet and just want to learn more, read this review for the exciting bits. That primitive game of viewpoint is by far the most engaging element of sequences. It proves as intriguing to think about as to witness for a big chunk of the film.

The film is a crazy journey that begins slowly but quickly develops into a spectacular explosion of blood, organs, and graphic violence. This is the type of unique horror that we rarely experience very often, and it’s a delight to see.

Similar read: He’s All That – A gender reversed comedy for today’s age

While Malignant has a lot of issues with the writing, the aesthetic aspect of the film is considerably better. Wan is a genius at defining context. He alerts viewers to all the cracks and crevices that they’ll have to look in after the lights go down. Whether it’s a filthy childhood home, an apartment drenched in red fluorescent, or a disused tunnel underneath Seattle.

The deaths are deliciously gruesome, filmed in artistic scenes frequently soaked in neon tints. Madison witnesses Gabriel’s horrific spree of fury and retribution. As Gabriel controls Madison’s body, he manipulates it like a puppet, only in reverse. It’s disturbing to stare at because of the lack of movement. However, it’s a beautiful horror concept when Gabriel eliminates a complete police headquarters in a ballet of bloodshed.

The action and carnage ramp up to a frantic, blood-splattered finale, pushed by a jaw-dropping revelation. Wan, however, chooses to depend primarily on ambience, building up scary moments but not lingering on them. This gives the horror film an inconsistent tone but with some genuinely unforgettable moments.

You might also love: Fear Street Part 3 – 1666 A cohesive end to the trilogy

Malignant: See it or skip it?

Malignant is not a film for those who want their thrillers to be profound, terrifying, and rooted. It’s a vast, sometimes chaotic, often dumb glorification of the weirder side of the genre. The side that also works as a suspense thriller and frequently appears like a long-forgotten 1980s treasure. Madison is a strange character in a strange film, yet she manages to balance appropriately terrified and emotional resilience. It rejoices in its eccentricities all while demonstrating genuine affection for the genre—which is often all that’s required.