[Major Hint Revealed] Will Lucifer Step Down From God’s Position in Season 6 (update)? 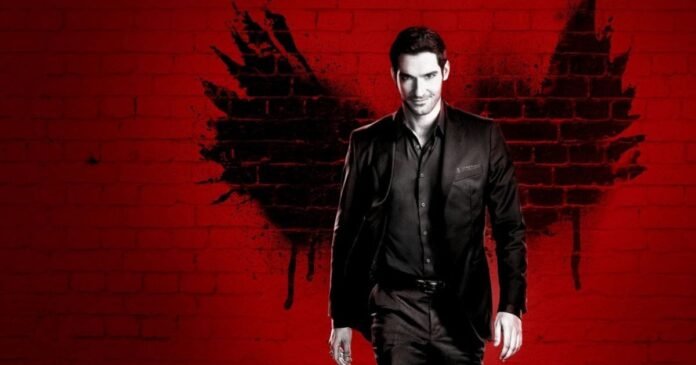 Netflix’s superhit fantasy series Lucifer left fans with a major cliffhanger as it wrapped up Season 5 as the son of God and the Devil, Lucifer became the new ruler of Heaven. However, showrunner Ildy Modrovich and Joe Henderson used twitter to relieve some tension of fans and gave away a major hint about what will be happening in the upcoming Lucifer season 6 (update). Here’s what we know so far.

Netflix’s decision of concluding its hit original series Lucifer in early 2020 with Lucifer Season 5 left its millions of fans all over the world disheartened. However, then the world got hit by the Covid-19 Pandemic and changed the entire flow of the series. Season 5 was released in 2 parts due to public demand. Recently, the show released the 2nd part of season 5.

However, it ended with a major cliffhanger as everyone’s favorite Devil, Lucifer became the new God. Where does that leave Chloe Decker and their relationship? Recently, showrunner Ildy Modrovich used Twitter to confirm that, “the devil made us do it. #lucifer will return for a sixth and final season. like, FINAL final.”

What will happen in Lucifer Season 6?

In the meantime, co-showrunners Ildy Modrovich and Joe Henderson provided Digital Spy some scarce yet intriguing details about the upcoming season 6. Modrovich vaguely said, “What happens when the dog catches the car? Like, what happens when Lucifer gets a hold of something that maybe he thought he wanted?”

This comment sounds like Lucifer isn’t as ready to step into his father’s shoes as he thought he was. Showrunner Ildy Modrovich also said, “He (Lucifer) has always been his own worst enemy. So, it’s not going to be an easy road. Let’s put it that way.” Lucifer wasn’t the only one skeptical about taking over Heaven. Detective Chloe Decker (Lucifer’s lover) was worried their still budding relationship would be pushed aside to make way for his new heavenly duties. Meanwhile, Lucifer’s siblings Jophiel, Gabriel, and Raziel also backed Michael despite his evil ploys in the first half of Season 5.

Many Luci-fans think, in the upcoming season, Lucifer might realize and admit that he may have acted a little rashly by taking over after his father’s, God’s role upon his retirement. Many think that his brother Amenadiel is the prime candidate for the new God.

According to Lucifer Writer’s Room, Lucifer season 6 will have 10 episodes instead of 16. https://twitter.com/LUCIFERwriters

For the last season, Brianna Hildebrand has been added to the cast as another celestial villain, who may succeed where Lucifer’s first rebellion against Heaven failed.

Needless to say, the stakes have never been higher as Lucifer heads into season 6. However, without any celestial gifts of our own, it’s impossible to specifically say when the trailer for season 6 will be launched. But, we can presume, if the pandemic situation improves, Lucifer Season 6 will be hitting Netflix in late 2022.