Lucifer Season 6 Trailer Is Here: Know What To Expect! 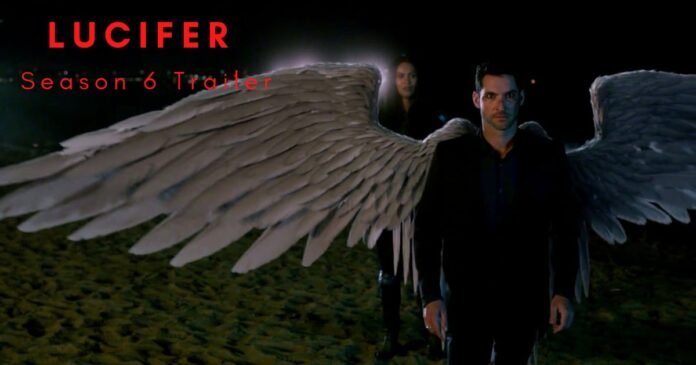 The Devil made me do it. No, he seriously did because this is all about his return in season 6! Earlier this year, the Lucifer team surprised its fans with an additional season. Now, the trailer of Lucifer season 6 has been released, and it is making everyone go crazy. It has everything from drama, romance, comedy, a mystery to even new villains. So what to expect from the final season? Let’s find out!

From Devil to God

After defeating Michael in the battle in season 5, Lucifer is obviously the new God. The trailer sees him adjusting to his new role (rather comedically) and his internal struggle to come to terms with it. Between all of that, he reveals he ‘consulted’ with the NYPD, leaving room for speculation as to why he quit. Additionally, he is back at doctor Linda’s couch for quick self-interpreted therapy sessions to add to the mix. All in all, Oh my Me!

Quite literally, Linda is the therapist to the ultimate celestial living on the earth. Imagine Linda giving one wrong advice and what catastrophe it will bring to us, mortals! Nevertheless, Lucifer’s therapy sessions have always been a blast and a source of a lot of exposition in the story. We hope to see Linda come to terms with all of this, too, on the side.

The Devil is here

So we really thought Hell didn’t need a guardian, huh? Looking at the unnamed woman conspiring to kill Lucifer from the throne of Hell, I think father God had bigger plans. This new antagonist is the most surprising part of the trailer, and we cannot wait to see the havoc she reeks on earth and Lucifer.

If there is one thing that the show constantly does, it’s the musicals. My favourite to date is the opening act of the season 4 finale. From the looks of the trailer, we can expect a musical spectacle in this season too. Apart from that, the trailer takes a comic book turn, caricaturing Chole and Lucifer like animations. That looks promising and interesting.

The curious case of Dan’s return

By the time they shot season 5B (everything but last episode), they were certain of it being the final season. However, after announcing that there will be a season 6, the crew shot season 5 finale and season 6 in continuation. Now, this did not leave room for changes in the previous episodes. Mainly, Dan Espinoza’s death. However, the writers have said they have worked a bit to get Alejandro back, and it looks like it’s a work of God (or the Devil). Nevertheless, it is always a pleasure to see the yoghurt obsessed cop on screen.

One thing is certain; Lucifer still will have his devilish charm even if he is the God. Did you notice anything we missed? What do you expect from Season 6 of Lucifer, after the trailer? Let us know in the comments below!