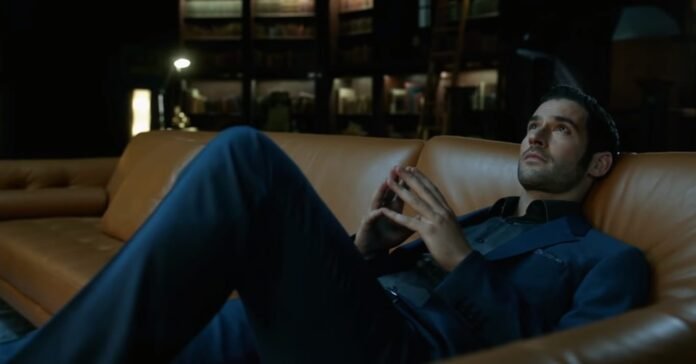 Lucifer has no idea what Goddess is up to in town, but one thing is sure: she’ll go to any length to locate him, and he’s terrified

As Lucifer’s mom, Charlotte (Tricia Helfer), arrives in Los Angeles, the established order is instantly destroyed. Being God’s son brings with it its ten-ton weight of responsibility, yet he and his mother have a dismal track record. His irregular power of persuasion, invulnerability at times, and super-strength may aid him in solving murder cases. Still, they will be nearly useless in overcoming his deepest, darkest anxieties, all of which revolve around mama dearest.

Lucifer shuffles to spin the city inside out in quest of his mother, the existence of whom causes all of his other connections to go crazy. He and his brother, Amenadiel (D.B. Woodside), continue to disagree on many issues, and Chloe is still irritated by his inability to combat crime by the book. However, Charlotte’s determined demon’s manic pursuit helps to magnify all such pre-existing conflicts while also creating new ones.

The Lucifer season 2 had a shaky start in terms of how the episodes were organized. There were a few nice breaks when new episodes were introduced, and some were altered. It also explored a lot of material given how much plot growth had occurred, and even after viewing most episodes twice, it was tough to recollect all that had happened. This is not a criticism; somewhat, the episode schedule has deviated from the usual. Aside from that, let’s take a look at what transpired in the enlarged second season.

Of Angels, Gods, Goddesses and Humans. Everyone is equally dysfunctional!

It was a step up from the previous season, with some tragic moments interspersed with humorous portions. That yoga episode with the scene of Ella and Lucifer interacting was delightful. The wild “god” episode also had fun in a mental hospital and comedy whenever Trixie (Scarlett Estevez) appeared.

The lucifer season 2 had a sea of bitterness and unrequited love simmering underneath the surface, but the series is still as hilarious and wicked as the first. Lucifer and Chloe continue their investigative job, dealing with themselves and the numerous killers. Ellis is constantly sharpening his kind of devilish charm, which is crucial. Lucifer is prone to morally repugnant behavior, done to a lesser extent this season, because the central focus is on the overarching plot aspects and the group’s diverse connections. And if it weren’t for Ellis’ charm, he might easily teeter on the precipice of unlikability. Ella (Aimee Garcia) met us as the unusual forensics part of the murders, and she was fantastic.

Lauren German had a chance to shine this season as well. She spent most of the first season rolling her eyes and managing to keep Lucifer at bay, but in this second season, Chloe could open up a lot more. We got to watch her make friends outside of work, and we got to see her grow as a person. D.B. Woodside gets to reveal a new aspect of the angel Amenadiel, and it’s fascinating to observe his blossoming connection with God. Kevin Alejandro’s character, Dan Espinoza, may easily have been a clichéd envious ex-husband and a bummer, but Dan becomes a close friend to everyone in the cast, and he fits in well.

Similar read: Fatherhood Review: A Father’s Love, Loss & Everything in Between

The supporting cast was also allowed to shine.

Lesley-Ann Brandt transformed a one-note persona like Mazikeen into one of the show’s most endearing characters. She has a bond with Chloe’s daughter Trixie that is always enjoyable to witness. When Maze and Trixie go on short adventures, it’s the finest part of the season. Her relationship with Dr. Linda Martin improved once they eliminated the “sleeping with Lucifer” plot-line, and she became her character. Her ongoing counseling sessions with Lucifer have always been fascinating to watch, and they care for one another.

They also reached another full resolution before the end; it’s absolutely unpredictable where they’re going with the following seasons. It seemed pretty similar to the previous season in terms of appearance, with slight improvements in terms of quality. The performers also didn’t appear fatigued all of the time, which was a welcome difference. Stream it on Netflix.

You might also love: 12 Best Time Travel Movies of All Time

With competing family interests at hand, the pieces finally came together, literally. What’s the true objective of the Flaming Sword?

In reality, even with the key now obtained, constructing the Flaming Sword was easier said than done because Amenadiel required some time to digest his designation as the favorite son. As he viewed it, it was his responsibility to guard the key and prevent it from being used in immoral uses of the sword, such as destroying God, as Mom intends to do after splitting down the gates of Heaven.

Charlotte also has to face the fact that she grilled Chet when he wounded her in the belly, causing her amassing power to come forth. Lucifer does everything he can to obstruct any investigation into signs that could point to his mother, but his actions make Chloe worry about whether he’s shielding his mom.
Meanwhile, Charlotte has resorted to Dr. Linda to help her recover from the stabbing, having already done a temporary job with a stapler. On the other hand, Linda causes more damage than good by stating her first opinion that Lucifer was the perpetrator.

Knowing that her body, brimming with explosive power, constitutes a threat to humankind, Charlotte summons Lucifer to find her at the Santa Monica Pier, accompanied by Chloe, wielding the Flaming Sword. Meanwhile, Maze discovers the cruelly tormented Dr. Linda in her office and seeks Amenadiel’s assistance.

After realizing they don’t have enough time to bring Linda to the hospital and witnessing devastated Maze’s despair, Amenadiel — who appears to have regained part of his mojo as the Favorite Son – conjures the power to suspend time, allowing them to transfer Linda.

Lucifer observes the slowed-down time and drags his mom down to the shore, where he lights up the sword and pleads that there must be a way to avoid the unavoidable fatalities that each family gathering causes in Heaven. So he wields the sword to break open the cosmos, letting Goddess move on and build her own world.

You might also love: The curious case of Emily and Ross; how it shaped friends

The Goddess agrees, and her essence is absorbed by the portal, leaving a bewildered Charlotte Richards to remain. Later, Lucifer appears at the hospital to apologize to a healing Dr. Linda for all she has gone through. Still, she graciously admits that she understood what she would be getting herself into with that kind of a dysfunctional family!