Kingdom: Ashin of the North | An Epic Saga With two critically acclaimed seasons, Netflix’s Kingdom series is a hit with the viewers. It has proven to be the best zombie thriller series with a unique blend of period drama and politics. The set design is grand with amazing set pieces. And the cinematography is gorgeous. And if you are looking to watch Kingdom: Ashin Of The North for the love of zombies, you are in for a treat. But the other aspects of the previous seasons, like the drama and politics of the Kingdom, are missing in this one. And ultimately, this movie presents itself as an insane revengeful movie. With a 93 minute runtime, it is almost as long as a feature film, and it is one with tragedy and heartbreaks.

Screenwriter Kim Eun-hee and director Kim Seong-hun return to the world of Kingdom to delve into the origins of the purple resurrection plant, a zombie plague, and a mysterious villain’s heartbreaking motivations.

Kingdom: Ashin of the North serves as a prequel to the earlier seasons and takes us decades into the past before the series begins. The TV special stars Jun Ji-Hyun (or Gianna Jun) as Ashin, who is a mysterious character. She was briefly introduced in the last season’s finale, but little was known about her before.

Kingdom: Ashin of the North, The plot

We first meet her as a little girl who lives in a border village situated between Joseon and their fierce enemies across the Manchurian plains, the Jurchen.

Her tribe, the Seongjeoyain, are Jurchen, but they live on the Joseon land. And they are shunned as traitors. People despise every person in the village for who they are, consider them second class citizens. Due to the recent Japanese invasion, the country is suffering. Ashin’s village becomes a brewing ground for conflict in the north as Jurchen plans to attack Joseon as their military forces deplete.

The distraught anti-heroine of Seongjeong, angered by the grief, concocts a plan to avenge her tribe by wiping out both Joseon and the Jurchen.

Left orphaned and alone, she uses the mythical resurrection plant, saengsacho, which grows naturally around the area, to avenge. After she stumbles upon an abandoned shrine deep in the woods, she learns about the plant’s effects from ancient murals carved in the surrounding stone. She realizes that all stories that she had heard about these plants were, in fact, true. Ashin comes off as a villain in the Kingdom’s saga, but Kim Eun-hee does a commendable job to portray Ashin’s character and make the viewer empathize with her. And eventually, also root for her revenge. This anti-hero journey leaves the audience to feel enraged and root for her more than ever. Although, when the scale of her vengeance is clear, even the most sympathetic viewer will be horrified by the depravity of Ashin’s scheme.

Ashin’s character is defined by hardship, and her lack of trust towards authority figures in society is not baseless. The appearance of military man Min Chi Rok (Park Byung-Eun) and how he plays a defining role in Ashin’s life. His character is critical to her development following her father’s disappearance, Ta Hab (Kim Roi-ha), owing to the Pajeowi tribe.

Jun and Park share comfortable chemistry. Both of them try to hide their involvement in the dispute. Chi Rok also fuels Ashin’s rage through his actions. However, his action is not a result of bad intent but due to circumstances.

We see the introduction of Ai Da Gan (Koo Kyo Hwan), who is the leader of the Pajeowi tribe that ruined Ashin’s life. However, he does not communicate with words but chooses to do so through eye darts and action movies. Here’s hoping that we see him more in the upcoming season of the ‘Kingdom’.

Netflix’s most expensive show ever

Kingdom series is one of the most expensive TV shows ever produced by Netflix. And Netflix is expecting to make big waves with this show. So no expense was spared in making this 90-minute special TV program. Ashin of the North maintains the same high-level visuals as the original show. And it is a treat for the eyes and the ears.

A bridge between the past and the upcoming season

The creators were trying to maximize whatever time they had with the cast and the crew. As a result,’ Ashin of the North’ might have been put together with all the material that did not make it to the final cut of the third installment. After all, the premise of the third season has already been established.

Either way, if you’re looking for more zombie content to tide you over after Army of the Dead, Kingdom is the perfect series to binge on. 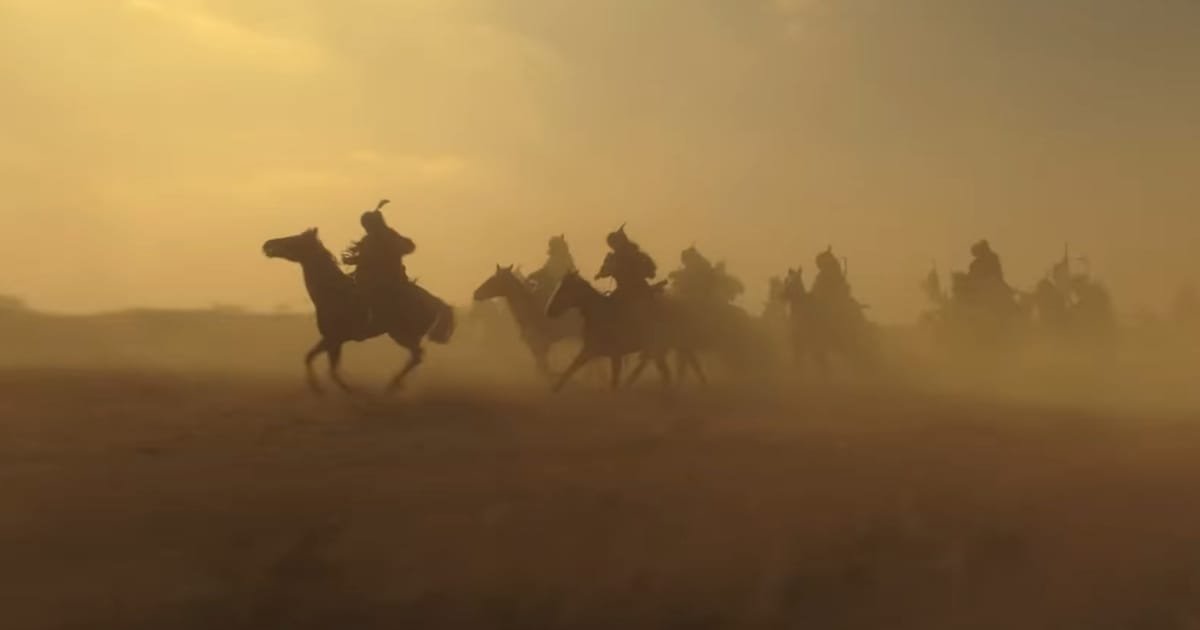 Visually, this film gives an introduction to new locales. The director of the film, Kim Seong-hun, plays with a variety of new geographic palettes. These scenes are different from the usual ones in the show. From majestic mountains to deep and dark forests, it is breathtaking scenery throughout. The lonely and barren northern scenes only display the sorrow and despair of our anti-hero.

Can you watch Kingdom: Ashin of the North without seeing the previous seasons?

It might be difficult for a few of the viewers to make sense of the movie initially. But as it progresses, it is fairly a smooth ride. For those viewers who have not watched the Kingdom saga yet. Imagine if Games of Thrones had a prequel to the life of the ‘Night King’. That is what this feature is for the whole Kingdom series.

Personally, I never watched the Kingdom saga. So, I went with no expectations. But the movie turns out to be a masterpiece. It worked perfectly to introduce me to the universe, as well as a standalone film. Stream it on Netflix.

To summarize, Kingdom: Ashin of the North goes with a good pace and a good edition to the series. This deepens the story with a compelling anti-heroine and expands the world beyond Crown Prince Lee Chang, Seo-bi and Yeong-shin. This movie is enjoyable even without having watched the earlier series.
There are a few story-lines that open up in this movie. And eventually, it will give a new direction to the Kingdom’s upcoming third season.

Trending today: Blood Red Sky: A blood-sucking mother on her way to save her child