Into The Night Season 2; The Saga Continues 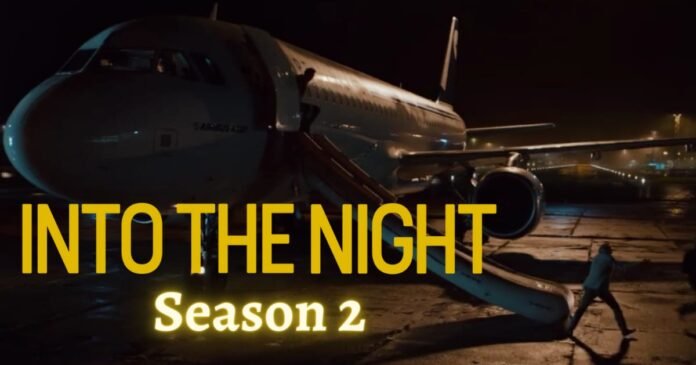 Into the Night released on Netflix in May last year is continuing to the next season. The series is based on the novel, ‘The Old Axolotl’ authored by Jacek Dujak( a Polish author). Into the Night series offers us a fast-paced and suspenseful sci-fi series that makes us sit up and take notice. The second season of this dystopian sci-fi series was released recently and we are all for it. Honestly, You need to get a little used to the changed settings. But, as soon as you get engaged in it, You can’t stop binge-watching all six episodes in one go.

The corrupted sun is killing everyone and the tempers are high. A plane full of strangers must race ‘Into the Night’ to save themselves. The series is literally a race against time! How hard can a plane ride to a “safe” military bunker be? Apparently hard enough to give you six-seat- gripping episodes in the first season.

For instance, The series is not original exactly but it gives us what we want in the current situation. Importantly, the series is silly but amusing and definitely one to watch. The diverse bunch, board the plane are all flawed and have pasts of their own. But, the season makes them likable enough for us to want to root for their survival. Each season in the first season gave the characters enough time to build and focus on each one.

What Is Season-2 Offering?

The bunch reached the military bunker at the end of season -1. A sigh of relief init? Fortunately, suspense lovers, these characters found themselves in another pickle soon enough. The military bunker is not the presumed haven. Honestly, The change of setting slows the pace down in the beginning but as soon as we start settling in, season-2 offers the same sense of high-wire suspense.

Honestly, making a bunker dangerous enough as an airplane in the air in the apocalyptic world is a tough task. But, the makers and actors came through. The bunker lacks the sense of peril that the airplane gave us so it takes a little time for the episodes to show where the danger actually lies. But when the dangers known or unknown come into the picture the season is up and running at the fastest pace possible. Each episode has us on tenterhooks and wanting more.

The season’s plot will not disappoint the audience which relishes suspense. Once again, the season spans out in six zippy, trepidation-filled episodes. each lasts for more than half an hour All episodes end on cliff-hangers making sure we, the watchers tune into the next one to quench our curiosity. The series is enticing and full of anticipation. It again plays on the microcosm of human beings and their behavior.
On the face, it might be a sci-fi series but that is not all it has to offer. But to know what it does truly offer tune in to it and find out! It is a breezy watch that has balanced itself in a way that most sci-fi suspense dramas fail to. There is a mix of nail-biting drama and subtle unpredictability which keeps the series engaging.  Not too much, neither too little is the policy that the makers have followed. But I have to say they have done a more than decent job in keeping the series away from clichés.

Similar read: 9 Wonderful movies like Knives Out you don’t want to miss

Should I Be Watching It?

Most of you read these reviews to make up your opinion on whether to watch the series or is it simply a waste of time! I can assure you Into the Night season-2 is worth a watch. The diversity of characters, the high tension, and the suspense make this series one to watch out for.  Above all, the six-episode season nails it and manages to squeeze in just the right amount of content into each. The sense of unpredictability makes it even better.

The makers are not playing it safe by keeping the likable characters alive. You never know which character might be killed off. The taut screenplay and believable acting make the experience much better. An ecological calamity, danger lurking in human form, personal drama, and confrontations, this series has it all. The first season of the series was underrated in my opinion and I hope this season can grab more eyeballs and give sci-fi lovers the much-needed respite from the old and repetitive apocalyptic dramas.

You might also love: There’s Someone Inside Your House: I Don’t mind if that makes the movie little interesting

See it or Skip it?

Into the Night season 2 might be unbelievable and silly at times but it is a thriller that will leave you amused and salivating for more. It is a breezy watch of a few hours taking you onto a world that looks nothing like our own. Sci-fi is not about accuracy, it is about the crisis in the name of fiction and science, and Into the night gives you all of it.

You see, the entire time you are on the edge of your seat, it instills enough fear, anticipation, and drama to keep us engrossed till the end. If you want to leave your world and enter a worse one in calamity where crime has no consequences, Into the Night season-2 is for you. Of course, It might not be the most perfect, completely believable series out there but it is enjoyable and enticing. It is enough to keep you occupied and refresh your mood.