Gone For Good: An Impressive Mini Series To Binge-Watch 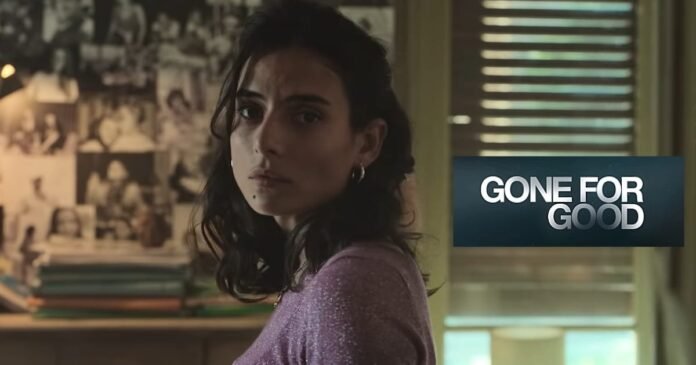 If you’ve seen those few Harlan Coben adaptations, you’ll notice that movies frequently begin with a bang. This round begins with a death, as is so frequently the case. After then, there is a ten-year lag. However, in order to uncover all of the information, we must go back ten years or even deeper in history.

Gone for Good is set in 2010 and today, and it explores the effects and long-term implications of a double killing. The first scene rushed at such a rapid pace that it was difficult to keep track of what was going on. Finnegan Oldfield plays Guillaume Lucchesi, our principal character. Guillaume is a handsome man whose ex-girlfriend left him heartbroken.

He hears gunfire while still at home late at night. He runs outside to witness the assault of his brother by a gun-wielding maniac. Guillaume immediately runs across to his ex-girlfriend’s place, which is directly across the street from his. He discovers that she has died and that her corpse is floating in the pool. These chapters, which begin with Guillaume and finish with his brother, Fred (the cool Nicolas Duvauchelle), integrate the present with the previous, demonstrating how all of these little actions lead to the killings that have now brought everyone to their current position. Guillaume’s condition is terrible at the moment.

Following that, Gone for Good takes place ten years later. Guillaume is a grown man. He is now dating Nailia Harzoune’s character, Judith, and they both work in social services. The series opens with his mother’s burial and his long-term lover, Judith Conti, missing (Nailia Harzoune). Guillaume seeks to hunt down his lover with the assistance of Inès (the sister of his now-dead ex, performed in dual roles by Garance Marillier) and social services manager Daco (Guillaume Gouix), unearthing mysteries from her and his family’s history.

It appears out Judith’s departure is more complicated than simply fleeing Guillaume. These secrets, revealed in bundles at the opening and conclusion of each episode, are the foundation of Gone for Good. Unfortunately, however, the series occasionally gets more mystifying than clear, as if the producers are waiting longer to drop a bombshell to see just how you’ll respond.

The cast and themes

The cast to an extent, delivers all the performances well. With Harzoune, Marillier, Gouix, and Duvauchelle each getting their own episode. Every character has a fascinating past or a tragic event that shaped them into the people they are now. For instance, Guillaume just doesn’t want to lose someone he cares about. He lost his sibling and the lady he admired when he was young. He also lost his mother, who was overcome by sadness over the death of her son.

Marillier and Oldfield have the most to cry about with their shared loss growing unbearable yet a means for the two to unite in moments weighed down by horror. Duvauchelle and Harzoune, on the other hand, steal the moments they’re in, producing deceptive performances.

It’s also interesting to explore the opposite side of France, where the weather is less pleasant, and crime is much more prevalent. The concept of incorporating social work into the protagonist’s job as well as the mystery was brilliant. Episode 2 is the true start of this series. Typically, the first episode sets the tone but doesn’t reveal anything about what’s happening in the story.

The second episode continues to disclose more information while also becoming darker and weirder. Especially because it reveals some of the characters’ secrets. The majority of these people connect by common stress and irreversible harm that they can sense in one another. Unfortunately, Going for Good lacks the basis to develop that subject. It appears to be a one-trick to alter your mind about a character from one episode to episode depending on new facts.

Gone for Good contains a few suspenseful moments that will keep you guessing until the end. There is not much time spent on the bigger family issues , violence, sexuality, power structures, image, and love. So instead, the developers choose to use another time to advance a tale that you know will keep changing until the end.

Similar read: #7 Wonderful movies like Knives Out you don’t want to miss

Where the hell is Alice?

As per Fred, his daughter Alice is safe someplace. We have to assume that Fred told his brother where such a safe place was before passing. This is because the episode ended with now orphaned Alice reconnecting with Nora and seeing her uncle Guillaume for the first time on a beautiful French coastline.

With Guillaume being cool with Nora lying to him about her history, as well as and the presence of his brother even when they are together. It appears like the three will have a nice ending. Unless, of course, Ostertag returns and chooses to shoot them all.

You might also love: Alice in Borderland – Think twice before you get out of your house

Gone For Good: See it or skip it?

Netflix has several shows based on Harlan Coben’s books presently available, with more on the way. Honestly, I enjoy the fact that all these shows are made and shot in many places of the world. That demonstrates how global these stories are. This limited series has only five parts, all of which are approximately 45 minutes long, making it an extremely binge-worthy Netflix offering. This is a fantastic production. The hues and pictures are stunning. However, there are moments when the talks appear to be sloppy.

Nonetheless, Netflix’s Gone for Good is still enjoyable, thanks to a plot full of unexpected turns. It’s more of a thriller than just a tragedy. The more emotional parts feel rushed by circumstance, but it has enough thrills to entertain you for five episodes.