‘Ginny and Georgia’ – the new angsty and dramatic Netflix show 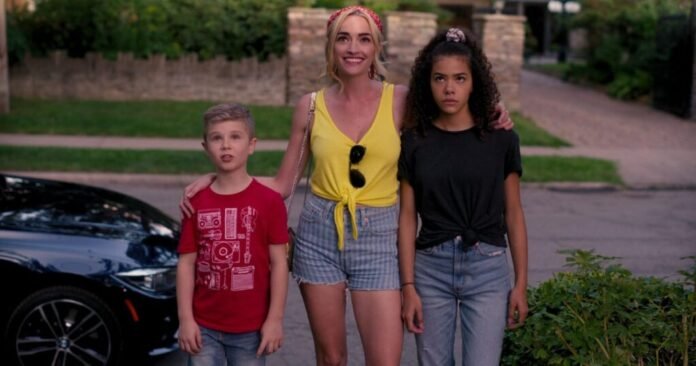 If you have seen Firefly Lane and think it is the only drama doing well with a clear and nicely edited set of flashbacks, flash-forwards and time jumping. I suppose you might be wrong. Ginny and Georgia is a simple looking mother-daughter show that offers much more and complex.

Fifteen-year-old Ginny Miller often feels more mature than her thirty-year-old mother, the irresistible and dynamic Georgia Miller. After years on the run, Georgia desperately wants to put down roots in the picturesque New England and give her family something they’ve never had, a normal life. But Georgie’s past threatens her and her family’s new way of life, and Georgia will do anything to protect her family.

Georgia’s character and its depth Georgia is flawed. And is also damaged and abrasive. She does some bad things out of protection for her family, which creates conflict in her perception for the viewers. She is doing bad things with good intentions or motives. And that doesn’t make her right, but it does keep her from being an outright despicable character.

Moreover, she has a big heart when it comes to her kids. She wants to be loved, but she is also self-sabotaging even without realizing it. She’s a really strong person and is enduring so much. Although her behavior confuses the viewer, is she a sociopath or are her actions just a result of her traumatic past?

Brianne Howey as Georgia is great. She’s able to sell the character and displays the conflict she has internally really well. She’s also charismatic and sometimes a little much at times too. But that’s exactly how she’s supposed to be portrayed.

You might also love: #11 Facts that could surprise even die-hard ‘Suits’ Fans

Ginny and her trauma Ginny is Georgie’s daughter, and Antonia Gentry convincingly plays the character of this lonely and hurting young woman. She does not have any friends due to their nomadic nature. While Ginny sometimes seems more mature than Georgia, she is really not. She just emulates her mom more than she realizes.

She’s rash and acts out in very self-destructive ways because she’s looking for connection, acceptance and love. On the other hand, she’s strong and resilient, partly traits developed from moving around so much. Ginny has had to build a shell of protection for herself. Although it might also be a trait, she learned from her mom. She may not like that she’s very similar to Georgia because that’s been her role model.

We get to see a lot of the stereotypical teenage drama characters here. You’ve got the’ bros’ who are crude, self-absorbed, fist-pumping party goers. And then we have the popular girl group who are very clique-ish. Even within their small group, they have several stereotypes, too, like the over-the-top domineering personality, you have the quiet hurting one who’s being eaten from the inside out with sadness. And then the perfect one who seems to just have it all.

They’re a bit like the mean girls, but not nearly as mean. Then we have the sensitive smart guys who seem to have it just all together. Everything clicks for them. They get good, can woo the girls and of course, they play the guitar. We also have a damaged and dark character. He’s misunderstood and gruff but does have a hidden soft spot.

Some of the adults in this show are annoying, and some are downright funny. Georgia has a next-door neighbor, Ellen, and she’s a mom to two teenagers. She was really funny. Basically, she has thrown away her filter, and her conversations really did make the audience roll with laughter.

Usage of mystery for suspense

The story uses narration flashbacks and current situations to build the drama. The flashbacks give a good treatment as they space out in revealing the pertinent information as needs be, which maintains the story’s intrigue. And especially when it comes to Georgie’s background.

Now some story parts are obvious, but some build the mystery. Some issues are resolved within the first season, and others are teased and held for the next season.

There is a minor mystery that’s also playing out in the background, and it’s mainly in the flashbacks, and it’s not so much of a mystery to us, as the audience, because we’re privy to the facts. But the characters are diving into a mystery, and that just amplifies all the drama.

Ginny and Georgia cover some Serious issues, too, with a little bit of humour.

Ginny and Georgia tackle issues like bullying and self-harm in this too. However, the whole bullying story-line is a little poorly handled. They make some attempts to work through this, but ultimately, it goes unresolved. There is a good conversation when it comes to self-harm. It also illustrates an instance of body shaming that is just sad because so far, that portion hasn’t been addressed or resolved. But we get to watch the character deal with it and to see the mental and emotional distress it caused. It was just heart-breaking.

Now the show only captures a few months of Georgie’s family in their new town, and they pack a lot in. But it’s not just all dour and sad drama. There’s a fair amount of humour in the show, especially because they are this kind of fish out of water family. The supporting cast provides a regular dose of snarky and sly comments that breaks the tension when needed. And they have a lot of great timing, and they really do add a lot to the story. There are conveniences that the show places on the story to move things along, and sometimes they gloss over some actions. Overall, these aren’t huge deal breakers for the show, but it would have been better to have some more explanation.

The drama between Ginny and Georgia Up until this point, she just goes along with whatever craziness has occurred, however now Ginny really wants to know more about her mom. Now, Ginny is closer to becoming an adult, and she’s developing friendships and relationships. She wants to have roots. And she doesn’t want her mom’s past disrupting what she is building for herself. And then questions come from there. So we know that Georgia has motives for keeping these secrets. But there is a cost for keeping them.

All of this really does add more tension to the story, especially between the characters. And we get to see the change in dynamics that this brings about between Ginny and Georgia. Stream it on Netflix.

The massive tension that is building the last episode is pretty explosive. While Ginny and Georgia is probably over-dramatic, it is still pretty satisfying. Overall, this show became a guilty pleasure watch. The characters and drama suck us in (even if you didn’t want to). By the end of it, you become so invested in the outcome that you need to see what will happen next.