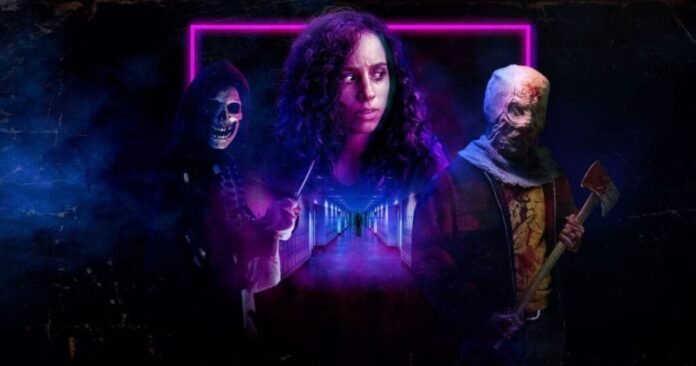 Fear Street Part 2: 1978 picks up right from where it left us. This time with a new mystery with the same old group. What is better than a movie marathon of witches, murders and twisted tales?

Where do we start?

The second film of the horror trilogy event is based on R.L. Stein’s novels, and it picks up right where the first left off. While the first movie opened up with a pretty exciting scene and then backed off a little bit before ramping up the horror, this one starts a little slower and takes its time to establish the whole world for the viewers. School is out for summer, and the activities at camp Nightwing are about to begin, but when another ShadySider is possessed with the urge to kill. The fun in the sun becomes a gruesome fight for survival.
One character, in particular, is shunned along with other multiple characters. These characters are the outcasts in this movie. But most of the time, the outcasts have a bit of a leg up on those considered to be the ‘cool kids, which is very much explored in this movie.
Reminiscent of the 80s

This is your classic camp slasher. There are a plethora of examples in this genre. This particular movie certainly has the vibes of the 80s slasher films, even though the film is set in the 70s. And most notably, this movie reminds us of ‘Friday The 13th’ and ‘Sleep Away Camp’.

You might also love: Wish Dragon, Colorful Aladdin with a somber tale 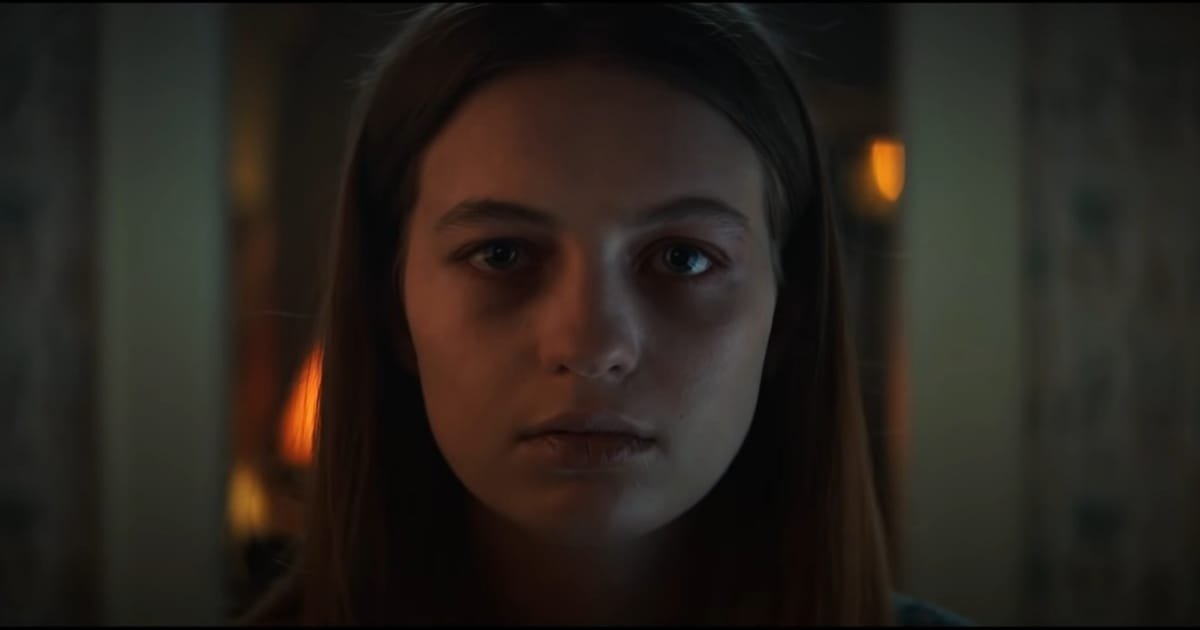 Now, you love a movie like this because you get the kills and get the blood and gore. It ultimately falls right into the slasher genre. ‘Fear Street: part two’ has slasher-horror instances, but the majority of them don’t come into effect until around the halfway point. Before that, it’s a bit slow. And it’s probably 45 minutes into the film before any of the gore really begins.

Picks up pace in the last hour. Even though the movie is only an hour and 49 minutes, that last hour is just a pure slasher film. This installment tops the first in blood and gore. Sure, it does take longer to get to that point but watch out now once it starts. This really is reminiscent of those 80s slashers. When the characters enter the cave or (this realm) of the witch, it really starts going full slasher. This is what the audience signed up for, and it’s what they got (a lot) of in the film. That is when the movie really picks up and starts to become thoroughly entertaining.

The movie could have been so much more. Again, this movie has a similar concept to many of the camp slashers that came before this. Unfortunately, ‘Fear Street’ follows the slasher concept to a T. Whereas, it could stand out very well if the writers tried to add a new unexplored twist in the plot.

Fear Street Part 2: Sisters set the premise of the film 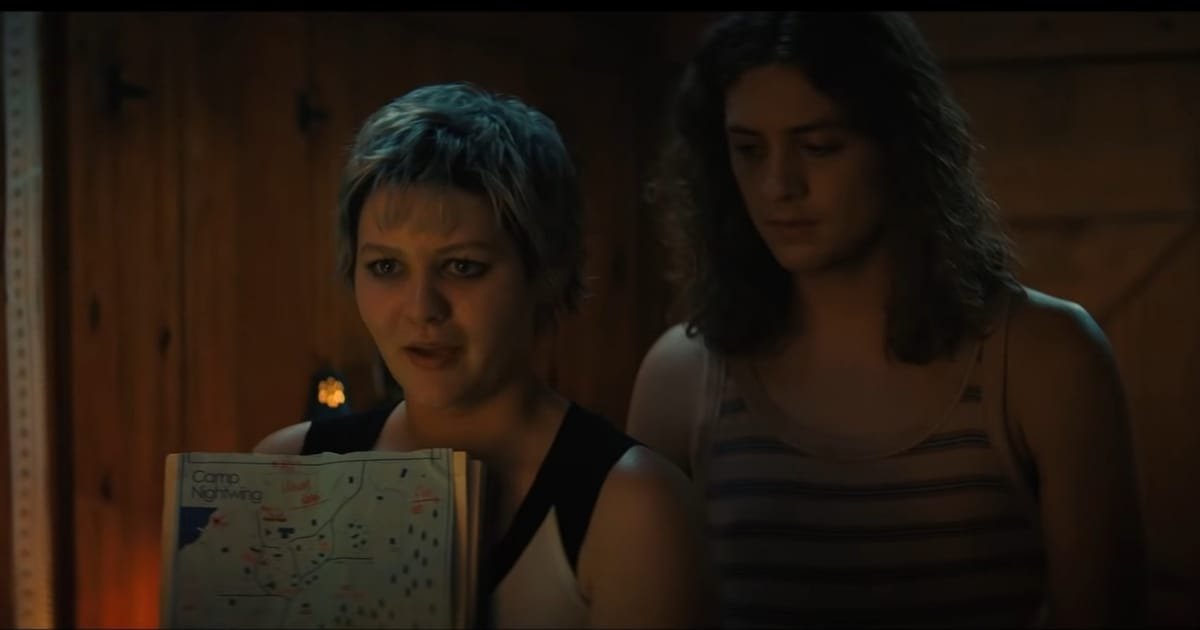 ‘Fear Street: Part 2’ focuses on the sisters Cindy (Emily Rudd) and Ziggy (Sadie Sink), and they couldn’t be more opposite from each other. They have had a tragedy in their past, and it shapes their personality in very different ways. Cindy is much more reserved, and she likes to push out the trauma that she has been through. She acts like it didn’t exist. Also, she is squeaky clean, and she plays it safe in life. While her sister, Ziggy, is the opposite of that. She has definitely got an attitude and always has a chip on her shoulder. She is pretty much a wrecking ball.

Their relationship sets the main premise of the movie. And there are a lot of other characters that are in focus, like Alice or Tommy. The movie may have spent a lot of time setting up the stories of other supporting characters, but it does not give us any compelling stories with these characters. It builds a lot of characters up in the movie, only to kill them off.

FYI, do not get attached

Do not pour your heart into any character, there is a lot of death in this trilogy This franchise does not hesitate to just rip them out from underneath. This movie can play with your expectations and build up someone for so long, a bit too long. But after a long time, they will just take away the character from you. And eventually, you will get hurt.

Camp is the apt setting for scars

These kids from Shadyside and Sunnyvale attend a summer camp at Nightwing camp. Now the setting for the camp is in 1978, the music and the clothes. The background music is aptly placed, and almost all of the songs perfectly complement the action. The camp setting also allows for the dark and ominous atmosphere where there are literally thousands of places to hide within the forest. That could be if you’re a perpetrator or a victim; the anxiety and horror slowly build here. The story continued to build on the lore that we learned about in the first film. And finally, many references from the first movie are evident and are being connected in this movie.

Should you watch ‘Fear Street: Part 2’? The pace of the movie steadily grows. It was slow and sometimes even dragging. If you’re looking for a movie with blood and gory, then this one should definitely be on your watch list. The violence is high, and the amount of gore is actually pretty impressive. Moreover, the overall tone of this is also really dark. Some portions were predictable or obvious, but some moments were pretty surprising. If you enjoyed the first installment, you would have fun with this one, especially if you like 80s slasher films. So overall, this was a gore-filled homage to the 80s camp slashers. And it ties in nicely with the world and lore that was established in the first movie.

However, it was more of a mixed bag than the first, but many fans of the genre may even prefer this one because of the setting and the period. Though, ‘Fear Street: Part two’ ultimately delivers on its promise of providing plenty of thrills and gore. Stream it on Netflix.