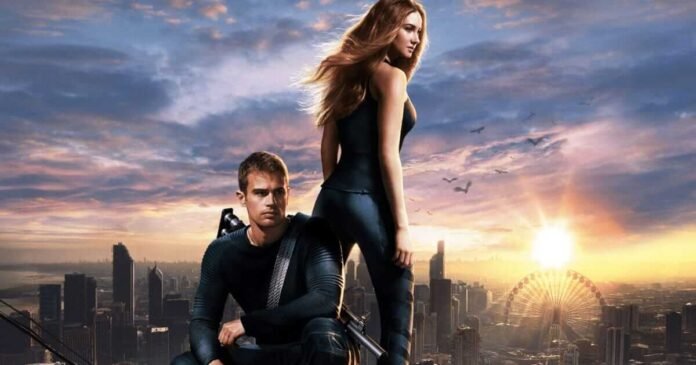 The onset of the first movie series, Divergent, got me entirely engrossed in the film. Inside the Dystopian Sci-fi Trilogy, Is it worth the binge?

What is a faction in divergent series?

Faction, the division into classes.
In the Divergent series, the humans were divided into groups of five, based on their characters and traits. For instance, the dauntless were brave and fearless.
They believed that every human possessed only one specific trait.
People who didn’t have any of these traits belonged to a group called the factionless. So, their main work was ‘doing nothing’.

They feared and believed that there was a group of people who possessed multiple or all of these traits. They were the Divergents – a threat to the society.

For me, a system of factions honestly seemed more reliable than the current education system, where only the ability to learn is considered. It made sense to me that most people fall into a quality category, which they are the best at.

In this test, the users are invited in on a secret that our protagonist, Beatrice Prior, later known as Tris in the movie, doesn’t belong to any category. Yet, she chooses to select Dauntless, that is, the fearless, despite being into Abnegation.

As the plot moves ahead, Tris now learns the reason why her tests were inconclusive. She was a true Divergent. Divergents were people who had the traits from all five classes. Society believed that the Divergents were a threat to the community. I loved the little love story shown between her and her mentor, Four, aka Tobias Eton, son of Marcus, in the story.

Meanwhile, the Erudite leader devises a conspiracy to take over the Abnegation and kill all the divergent. She had planned a neurostimulator that can only control people from one faction. They turn into robots and forget their existence. This serum seemed not to affect the Divergents, who were hunted and killed by the Dauntless leaders.

Under the drug’s effect, all the Dauntless members were made to hunt and kill the Abnegation. For obvious reasons, the drug did not affect our main characters Tris and Four. They leave to find the parents of Tris and flee outside the walls of the city, beyond which no one knew what existed.

Insurgent: Part 2 of the Divergent Series

Insurgent, the second installment of ‘The Divergent Series,’ is set 5 days after the first movie’s events. Among the Abnegation wreckage, Dauntless leader Eric finds a five-sided box with a faction sign on each side. Jeanine believes it includes information from the city’s founders and a solution to the Divergence problem. Because only a Divergent can unlock the box, she orders the capture of all Divergents. Tris, Four, Peter, and Caleb are hiding within the Amity facility.

Tris and Four are apprehended and taken to the Candor commandant Jack Kang, who wants to hand them over to Jeanine. Four requests a trial using Candor’s truth serum. The serum reveals the truth, and the commandant releases them. The dauntless attack candor and it’s members, aligning with Jeanine. Max and Eric abduct Tris and discover that she has a 100% Divergent reading, making her the ideal candidate to open the box.

Furthermore, it frustrates Jeanine that none of the survived Divergent subjects of the simulations needed to access the box. And Peter approaches Jenine. He argues that the best way to get to Tris is to take advantage of her generous Abnegation background. As she finally opens the box, a hologram reveals that the enclosed city and faction system was part of a simulation, with the Divergents being the final intent. Outside, the world is waiting for them to return. Jeanine, realizing she has lost her power, orders to bury the box and kill Four and Tris.

Tris, the hailed hero, is eager to explore the outside world. In her jail cell, Jeanine wonders what is beyond the wall shortly before Evelyn kills her.

Allegiant: Part 3 of the Divergent series

The third and final installment of the Divergent Series, ‘Allegiant,’ follows Tris, Four, and their small group of allies as they retreat over the city’s wall. However, once outside, they uncover unforeseen realities that will force their alliances to shift and new threats to emerge.

Now that Jeanine is no longer in the picture, Evelyn controls Chicago. She places everyone in Erudite that worked for Jeanine on trial. Further, she seals the gates to the newly uncovered territory beyond the city. Four and Tris attempt to escape over the wall after rescuing Caleb from execution. However, as they reach the wall, they realize that the fence is electrified.

Following decontamination, the group discovered that the UN believed that the broken DNA is the cause behind society’s troubles. It began modifying people’s genes to build a better civilization, which eventually led to the Purity Wars. And it destroyed most of the world. Four goes against his mother, arguing that there is no use in fighting Jeanine since Evelyn has become her.

Back at the Bureau, David strikes a deal with Peter in exchange for Peter’s promotion and sends him to Chicago to persuade Evelyn to use a concealed stockpile of amnesia gas to erase the assailants’ memory and force a settlement her favor. While the gas begins spreading through the city, affecting the Allegiant, Tris releases a statement to the whole world revealing the Bureau’s existence and the fact that Chicago was a genetic purity experiment. Her message to the Bureau is that Chicago is no longer an experiment but rather the home of its residents. At the end of the message, Caleb deploys the explosives. It blows a giant hole through the cloak wall and revealing the Bureau’s existence.

To sum it up

Tris Prior is warned that she is Divergent and will never fit into any of the factions in a civilization where citizens are separated into various sections based on human traits. When she discovers a faction leader’s plot to eliminate all Divergents, Tris must learn to trust the unusual Four. And they must find out what makes being Divergent so deadly before it’s too late.

In the second installment of the film series, Tris and Four are run as they look for allies and answers in the revolt’s aftermath. Jeanine Matthews, the head of the Erudite faction, pursues Tris and Four as they strive to discover what the Abnegation gave their lives to safeguard and why the Erudite leaders will go to any length; to stop them?

In the third and final installment of the ‘Divergent series, Tris and Four must retreat beyond the wall that encircles Chicago. For the first time in their lives, they will leave the only community they have ever known to find a resolution to their entangled city’s crises. Once outside, past revelations are suddenly rendered useless as frightening new facts are revealed.

Trending Today: Most Expensive Movies Ever Made Of All Time