Christopher Nolan to make the next film with Universal Studios? Read the scoop inside 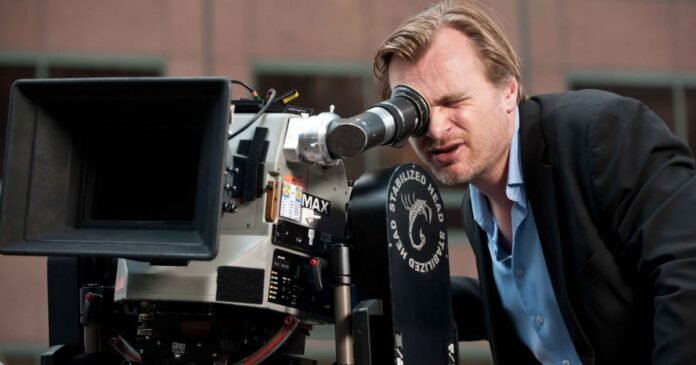 Change is not different for the cinematic industry. A new bond seems to be developing which has set the tone and left tongues wagging. The five-time Academy Award-nominated filmmaker, Christopher Nolan, delighted the world with classics named, ‘The Dark Knight’ trilogy; Three-time Oscar ‘Dunkirk’; The 2010 mind throbbing ‘Inception’; The pandemic awarded ‘Tenet’. Who’s is going to associate with Christopher Nolan in his next film? Continue Reading.

What went down with Warner Bros?

The statement brings out that after public fallout with Warner Bros over releasing strategy. On this, the filmmaker expressed his willingness of partnering with Universal Studios.

How did Christopher Nolan come up with it?

With a handful of exceptions, Warner Bros was the home of all masterpieces of production so far. What seems imminent is that the experience with Tenet might have led to a dispute as it didn’t set the cash registers ringing. At least according to their hopes. Even though the sci-fi thriller crossed the $363.7 million mark.

Warner Bros decided to release its entire slate of 2021 projects on the streaming service -HBO Max. Labeling it as the ‘worst streaming service’ and a ‘unilateral decision’, Nolan spoke with Associated Press, “ Warner Bros has an incredible machine for getting a filmmaker’s work out everywhere, both in theaters and in the home, and they are dismantling it.”

You might also love: Best Space Movies that will leave you astonished

What is in the loop?

The film with an estimated budget of $100 million is all set to start the production in the first half of 2022. However, it was also communicated that Nolan kept Sony, Paramount, and MGM studios in the frame.

Representatives from the Universal studio pacified the crowd with the confirmation that Universal has acquired the rights to finance and disseminate Nolan’s- not yet titled piece.

The executives at the studios read the script, setting the space for the discussion. As per the reports from The Deadline, Cillian Murphy is kept in the loop for the role, however, the casting is yet to take place.

The subject of the project is a Manhattan Project and American Theoretical Physicist Oppenheimer’s role in the making of the Atomic bomb during World Wall II. Counting his contribution to the Trinity test in Mexico, the sight of the first atomic bomb detonation. Hence, is referred as “father of the atomic bomb”. He subsequently went on to persuade for international control of nuclear weapons.

Trending today: 22 Similar Movies Like Don’t look up, Anything that makes you believe it may Happen in Real Life